While the coronavirus pandemic has triggered shopping trends portending positive results for Walmart over the longer term, abrupt consumer behavior changes and operational compromises may have curtailed its near-term share gains in grocery, an executive acknowledged this week.

In remarks during a virtual interview at the Barclays Global Consumer Staples Conference, Walmart Chief Financial Officer Brett Biggs stopped short of saying the big retailer lost share in grocery in recent months but said “there was a lot of noise around the numbers” that made it difficult to for the company to read. 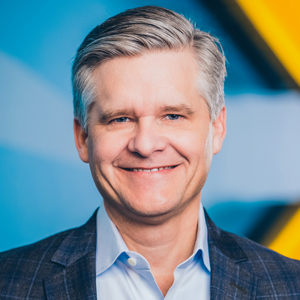 These included reductions in shopping hours and capacity at many of the retailer’s U.S. stores, enacted to mitigate the spread of the virus and address shopped-down inventories, Biggs said. A concurrent move among shoppers to value convenience and availability more than price may have also chipped away at Walmart’s traditional strengths in grocery, although Biggs was also quick to mention progress the Bentonville, Ark.-based mass merchant has realized in the former aspects, primarily through its fast-growing omnichannel capabilities.

Biggs declined to specify the degree to which the changes in Walmart’s hours of operation and traffic metering dinged sales, but he acknowledged it was factor in same-store sales growth during the retailer’s fiscal second quarter that lagged many of its rivals in the grocery field. Walmart disclosed previously that U.S. grocery comps in the period, which ended July 31, grew by “high single digits.” Several supermarket rivals by contrast saw comps in the high teens over a similar period.

Pricing may have also played a role in the disparity, Biggs noted, as Walmart grew a price-gap advantage over its high-flying rivals, which drew back promotions while emphasizing availability and convenience. With federal stimulus money in the economy and fewer options to spend, shoppers largely accepted rising retail prices, he said.

“Price is still really important, but with the stimulus dollars that were in the market, convenience became even more important, we think, during the quarter,” Biggs said, according to a Sentieo transcript. “Now we’ve made a lot of inroads as far as convenience over the past several years, and that benefited us. But I think people probably became a little less price-sensitive maybe in the second quarter.”

This had made Walmart’s pricing strength “a bit counterintuitive right now,” Biggs noted, but that could change again depending on the availability and timing of additional federal stimulus. What’s less likely to change are consumer moves toward more meals at home and a greater percentage of their purchases going online—another mixed message for Walmart.

“We’ve seen some trends accelerate over the last five months that are here to stay, more people in e-commerce, probably more people eating at home, things like that. Some of those work into our benefit now. But the price gap is always going to matter, and we’re going to be thoughtful about it. … We want to find that optimal point where we’re doing what we need to for customers, but also ensuring that shareholders get the benefit that they should see as well.”

The program is designed around winning a greater share of its customers’ spending and driving larger shopper baskets by playing into a trend of retail subscriptions that have grown along with the digital economy, he said.

“The world has evolved. Customers have evolved a lot over the last several years. And we’ve had a membership forever at Sam’s Club, but people have gotten more used to using memberships, whether it’s movies or streaming or other things that they do, and we felt like this was the right time to give customers that option,” Biggs said.

The $98-per-year cost of a Walmart+ membership—which at this time provides members with unlimited same- or next-day deliveries on orders of more than $35, gas discounts and an in-store scan-and-go shopping option—meets a price point Walmart feels its shoppers can afford while teeing up the opportunity to win “mind share” over the longer term.

“Basket size matters. We think … basket size will get bigger. We’ve seen that in grocery pickup where basket sizes are bigger than they are in the stores, and so that part is very different than what some of our other competitors might have. And now the ability to get increasing mind share with that customer on the grocery and consumable side and then be able to get more of their general merchandise business, which is great for us from a mind share perspective, market share perspective as well as margin perspective, is a really important part of this.”

The minimum order size to qualify for delivery benefits—a noted difference from Walmart’s virtual rival Amazon, which has no such limit for its paid members—can support better economics for the model, he said.

Other aspects, in the meantime, are helping to reduce the drain on profits from omnichannel, including rapidly rising sales volumes resulting in cost and fulfillment leverage and margin mix.

“The work that we’ve done over the past several quarters on getting more brands online, particularly in home and apparel and higher-margin categories, that helps a lot with contribution margin, which, as you grow sales … just starts leveraging your fixed costs at a pretty rapid rate,” he said.