Walmart's chief executive for  e-commerce in the U.S. is retiring. Marc Lore, whose official title is EVP, president and CEO of U.S. e-commerce, will leave his role Jan. 31, the company disclosed in a filing. Upon retiring, he'll continue to serve as a strategic adviser to Walmart through September. 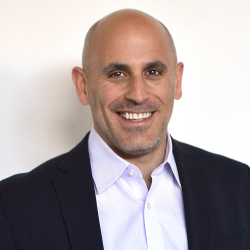 Lore's possible departure from Walmart has been speculated for some time as the Bentonville, Ark.-based retailer worked to better enmesh its brick-and-mortar and e-commerce businesses.

In its filing about Lore's upcoming retirement, Walmart stated: "Over the past couple of years, we have unified our store and e-commerce teams, which better enables us to create one brand experience for our customers. That was completed in 2020 and so our Walmart U.S. segment has been operating and continues to operate as an omnichannel business."

After Lore's retirement, all parts of Walmart's U.S. retail e-commerce business will report to John Furner, CEO of Walmart U.S., the company said.

Lore, in a personal LinkedIn post shared Jan. 15, thanked Walmart, expressed gratitude for a "personal friendship and partnership" with Walmart President and CEO Doug McMillon, and praised Furner, calling him "a great partner through the years in both building the business and creating the integrated, omni U.S. team we now have today."

Lore continued: "I’ve been a part of enough acquisitions to know that the true value of the merger happens when you have common values. Trust, transparency and fairness were met with service to the customer, respect for the individual, strive for excellence and act with integrity. We all came together with different experiences and points of view, so you know we had lively debates, but our common values helped turn those into productive moments."