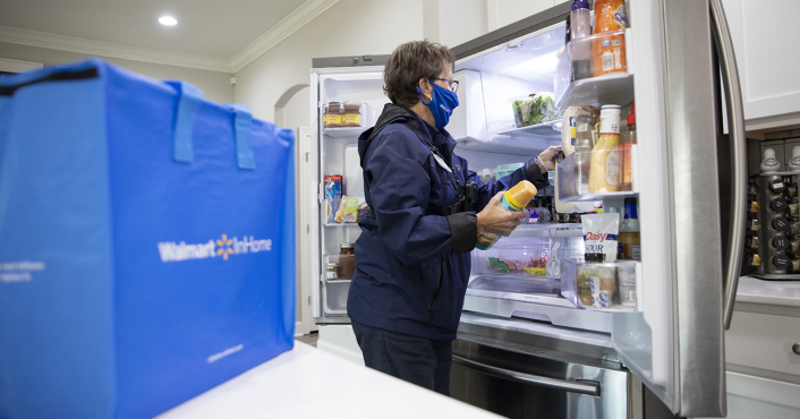 Walmart and Amazon's ongoing battle for top-dog status has seen the two retail giants hone their focus on omnichannel grocery in the past two years. Now, a year-and-a-half after Walmart moved into the Amazon-dominated world of retail membership programs (with Walmart+)—and Amazon began its rapid expansion of Amazon-branded physical grocery stores (with Amazon Fresh)—both retailers can count omnichannel wins and losses, new research from e-commerce analytics provider Similarweb suggests.

Since the start of 2020, Walmart's online grocery category has sold nearly double the number of units of Amazon's—7.8 billion vs. 4 billion—Similarweb's Lucas Pettinato, industry manager for retail and CPG, wrote in the company's May 2022 State of the Online Food & Grocery Industry report. Target's grocery category tallied 900 million units sold online during that time.

But Amazon beat Walmart on e-grocery revenue, with e-grocery sales for Amazon (including Whole Foods) totaling $40.6 billion since January 2020 to Walmart's $22.5 billion, according to Pettinato. Whole Foods customers shopping Amazon are more comfortable paying higher prices, Pettinato wrote, but Walmart could close its gap between unit sales and revenue by "(experimenting) with deals (bulk packaging) and cross-selling higher-end items," he suggested.

The items that consumers bought online from Amazon and Walmart have diverged since 2021 as well, Pettinato noted. Amazon saw unit growth in nonfresh departments: pantry (up 18% year over year), beverages (up 17%) and snack foods (up 13%). But unit sales in produce and meat/seafood declined precipitously: 40% and 37%, respectively.

Walmart, by contrast, saw significant category growth in produce, with online units sold up 20% year over year, and smaller percentage losses than Amazon in other fresh and frozen categories. Target, meanwhile, saw year-over-year unit gains in frozen, bread and bakery, and meat-seafood.