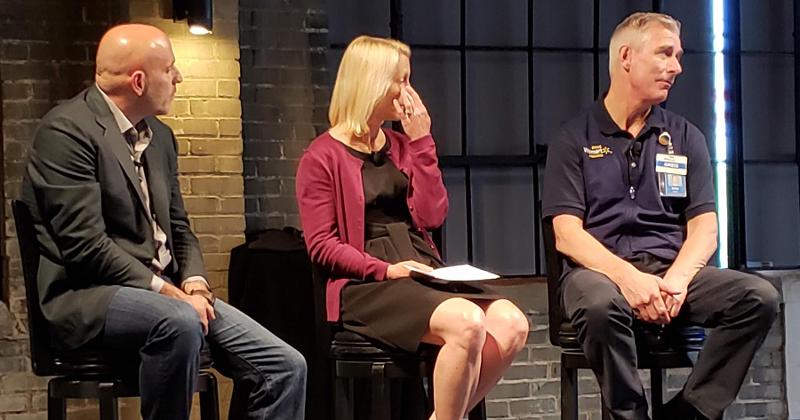 An extraordinary report in Recodethis week detailed drama at Walmart as the big retailer struggles to square up massive losses associated with its commitment to chase down Amazon in e-commerce while continuing to make progress getting stores in shape in the real world.

Pop some corn and take a look.

Central to the Recodepiece is the suggestion of conflict between high-powered executives leading those respective areas of the business: e-commerce CEO Marc Lore and U.S. CEO Greg Foran. The former, a seasoned competitor of Amazon, argues the company needs to plow more resources into narrowing the gap with the online giant. The latter, according to the report, is frustrated at the relative lack of credit afforded his team for its success in online grocery and thinks the company’s resources might be better spent on tried-and-true Walmart sales-and-profit generators, such as lower everyday prices, than on the fanciful but presumably money-losing experiments in online shopping like Jetblack.

The story also referenced the potential unwinding of some of the steps Lore had taken since assuming his role concurrent with Walmart’s $3.3 billion acquisition of his Jet.com brand back in 2016, including the possibility it would sell at a loss some of the “digitally native” brands Walmart added to its portfolio such as Modcloth and Bonobos since Lore got on board. These items, the thinking went, gave Walmart more credibility and equity in products that had devoted followers and were hard to find elsewhere and would improve its online margin mix over time. However, like a lot of digital ventures, their profitability was somewhere along the way to catching up to their rapid growth or, perhaps, lagging some miles behind it.

That’s the same shape of Walmart’s digital enterprise, which according to the Recode report, could absorb $1 billion of losses on digital sales of $21 billion to $22 billion this year. (Walmart declined comment; it acknowledged in October that it expected its e-commerce losses to accelerate this fiscal year, but did not specify an amount. The additional investment relates in part to further investments in grocery pickup and delivery, and in the Store No. 8 incubator).

Like I said, it’s a hell of a piece and doesn’t appear to be far-fetched. I’m not sure I’d necessarily buy that media credit is what Greg Foran is ultimately after, but in the event it’s true, Greg, feel free to reach out and we can discuss lots of things our readers would like to know. Foran does, however, strike me as someone who’s quite serious about getting retail stores right and would thus naturally advocate for the appropriate investment to make that happen, particularly seeing as a strong base of U.S. stores is the foundation of Walmart’s overall financial success.

As to Marc Lore, he’s obviously a clever and competitive sort himself who’s seemingly made it his life’s work to compete with Amazon. I never fail to be struck, however, by how his New Jersey accent seems an odder fit at Walmart than even Foran’s New Zealand lilt. Sources cited in the Recode piece said Lore is “suffering” at Walmart and some wonder openly whether he would complete the five-year commitment he’d made upon joining the company.

When Walmart acquired Jet, it combined disparate brands that had what one another seemingly needed. To battle Amazon, Walmart knew it needed access to consumers seeking premium brands and experiences online as well as a means to reach those shoppers that Jet seemingly supplied. In Walmart, Jet found a lucrative parent and a giant canvas upon which to unleash the Lore-led initiatives that made that business work: Getting shoppers on board to help it attack the costs of e-commerce, a stance that so impressed CEO Doug McMillon he spoke of Lore as a kind of cyber Sam Walton bringing “EDLP 2.0” to Walmart’s shoppers.

Is it all working out? Well, Walmart with Lore is certainly bigger and more powerful than it had been without him, but you probably can’t say the same for Jet. Perhaps the recent dismantling of the would-be mighty Jet is a signal that it hasn’t been all "Smileys." Maybe cool brands and Walmart don’t ultimately belong together, and maybe, a deliberately boutique-ish version of an online shop wasn’t what us people living in big cities actually want. And maybe Walmart’s stores need more price investment than they’re ultimately going to get.

At the very least there’s some signs of strain, not that that was unexpected either.

“Expect us to test a lot and fail sometimes,” McMillon said in a presentation last year. “But along the journey, you should expect some success and, occasionally, some big wins.”