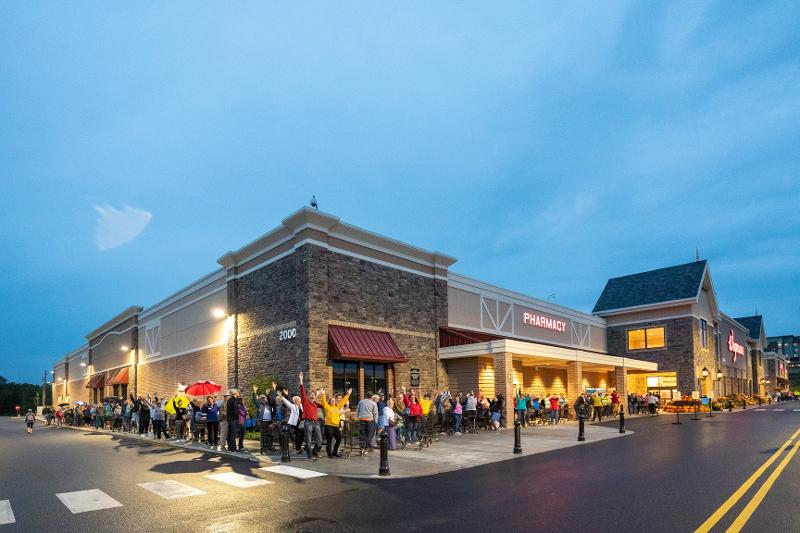 Concerned that the forthcoming marriage of Tops and Price Chopper could adversely affect competition in New York’s Albany region, Rensselaer County Executive Steve McLaughlin has reached out to a third upstate grocer with an invitation to join the market.

But like a lot of communities interested in drawing Wegmans Food Markets to locate there, the answer for McLaughlin is this: We’re flattered, but not at this time.

McLaughlin is head of the executive branch in county government for Rensselaer, which includes 153,000 residents and the cities of Rensselaer and Troy, in New York’s Capital region. Following the Feb. 8 announcement that Schenectady’s Price Chopper and Buffalo’s Tops would merge, McLaughlin issued a statement calling for Rochester-based Wegmans to look anew at the region, arguing the grocer would bring competition and service to benefit customers, and that Wegmans would find support among residents, its business community and its infrastructure.

“We have heard that Wegmans has considered the Capital region area for years, and we are saying that Rensselaer County would be open to such a move,” McLaughlin said in a release. “The merger announced today of Price Chopper and Tops seems to clear the way for a move by Wegmans to our area.”

McLaughlin said he intended to outline his argument in a letter to the chain. However, in a statement issued to WGB, Wegmans said the merger had not immediately affected its growth plans.

“We are humbled by the response we have seen from the Capital region and are always looking for opportunities to expand to new markets. We do not currently have any plans to enter the Albany market,” the statement read.

Wegmans, whose stores are known for their big assortments, low prices and elevated shopping experience, has developed a cult-like following that has led to widespread regional demand well in excess of its historic expansion pace. Most of its new store activity has been outside of New York state, where it's known not necessarily as a destination store but as a densely concentrated regional leader in places such as Rochester. It has long been an unverified belief of consumers that a so-called "gentlemen's agreement" between the family owners of the Wegmans and Price Chopper chains kept them out of one another's markets.

Wegmans has currently acknowledged nine sites in various stages of development, including a unit in Chapel Hill, N.C., opening later this month. A Wegmans is slated to open in Wake Forest, N.C.. in May.