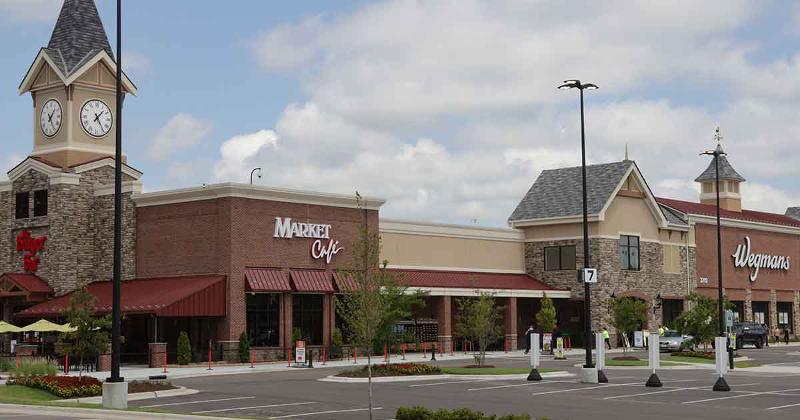 Citing decades of customers “begging” Wegmans to head south and set up shop in North Carolina, the Rochester, N.Y.-based grocer is expanding in the state, including a location in Chapel Hill and another in Wake Forest. Both stores are slated to open in 2021, with the Chapel Hill store scheduled for early spring, and Wake Forest in late spring.

The company has also confirmed with WGB that two additional North Carolina stores—one in Cary and another in Holly Springs—are planned for the future, though a timeline for the openings has yet to be determined.

“For decades, we received thousands of requests from customers to build a Wegmans in North Carolina. Phone calls, emails, handwritten letters and social media messages asking—some even begging—for us to come to the area,” says the company’s website. “With so many upstate New York transplants in the Raleigh area, Wegmans was a household name well before we announced our intent to build in the region. We also heard from hundreds of employees wanting to relocate when rumors of a potential store began. We now have more than 200 employees working in North Carolina who moved there from other states.”

“When we visited the Raleigh-Durham area in 2014, we quickly saw that the area had everything we were looking for,” said Ralph Uttaro, Wegmans SVP of real estate and development, in a statement. “With the population expanding rapidly, we saw the potential for it to become a multi-store market. Our timing was perfect, as multiple real estate opportunities quickly presented themselves.”

Since that time, Wegmans has announced a total of six locations in the Raleigh-Durham market. “With four stores opening in three years, it is one of the company’s fastest and most aggressive entries into a new market,” adds the company.

But Wegmans is far from the only grocer getting aggressive in North Carolina.

“Our Planned Grocery data shows a lot of activity in North Carolina,” affirms David Beitz, co-founder and partner, Planned Grocery/Beitz and Daigh Geographics in Columbia, S.C. “Publix has many planned and under construction sites in the research triangle, along with Greensboro and Charlotte (mostly south Charlotte), [which] has become increasingly competitive in grocery.”

Harris Teeter, based in Matthews, N.C., has some 127 existing stores in the state, its website indicates, with several additional locations proposed or under construction, according to Planned Grocery. The Fresh Market of Greensboro, N.C., operates nearly 20 stores in the state, and Aldi, Trader Joe’s and Lidl are also expanding in the region. “Lidl has lots of locations planned or under construction in the Charlotte metro area,” adds Beitz.

And let’s not forget North Carolina native Earth Fare. “The new Earth Fare entity is rebooting some locations in the Charlotte area,” says Beitz, who adds that Ingles also has three projects in western North Carolina.

Beyond heightened competition for shoppers, competition for labor is also likely intensifying in the area. Wegmans says it currently employs roughly 900 people in the state and plans to hire an additional approximately 400 employees for each new store in the next eight months.