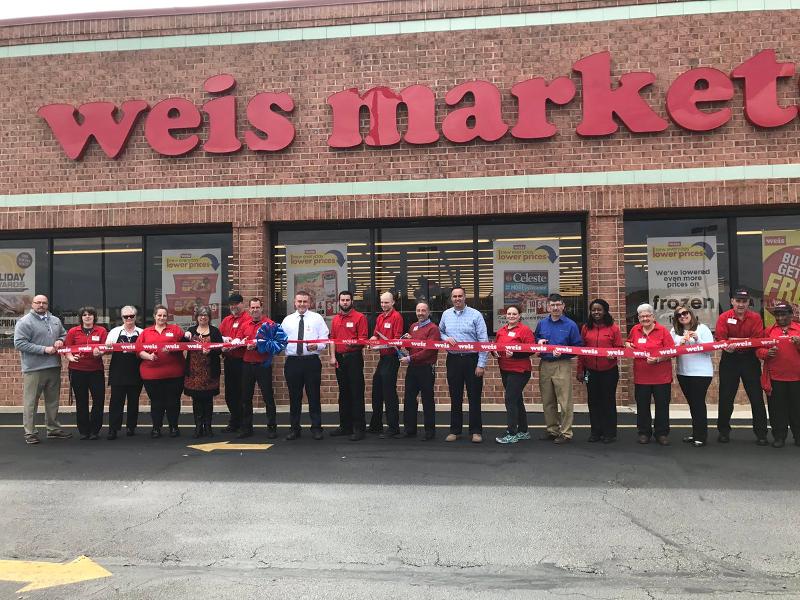 Weis Markets expanded its customer base and footprint by more than 25% in 2016 while still managing to grow its sustainability efforts.

The Sunbury, Pa.-based retailer outlined its efforts in its Weis Sustainability 2016: Growing Greener and Investing in Our Future report.

Since launching its sustainability efforts in 2008, Weis has incorporated energy-saving measures designed to lower energy consumption, fossil fuel dependence and carbon emissions. These sustainability initiatives have helped the retailer to reduce its carbon footprint in its existing stores by 25.4% as of mid-2016.

After acquiring 44 new stores over a three-month period in 2016, Weis expanded its footprint to 204 stores in seven states. As part of that acquisition, Weis also expanded its sustainability programs into all its locations, implementing key sustainability practices that reduce emissions in new store design and remodels, expanding the company’s recycling center and fuel efficiency of its vehicles, and growing the Fresh Rescue Program. These newly acquired stores slightly lessened the company’s carbon footprint reduction to a total of 21.8% for 2016, as the stores continue to be retrofitted with key sustainability measures.

“This expansion helped to bolster and expand our presence in the mid-Atlantic region,” said Kevin Small, VP of store development at Weis Markets, in a statement. “But just as importantly, it has allowed us to expand our efforts to reduce our carbon footprint, bring our sustainability practices into new markets and establish relationships with the new communities that we serve. This benefits our environment, customers, associates and shareholders.”

Key sustainability achievements and accolades for Weis Markets in 2016 include:

“As we approach the 10th year tracking sustainability metrics, I am continually impressed by the enthusiasm and dedication our associates have for meeting the goals that reduce our environmental footprint,” said Patti Olenick, sustainability manager for Weis Markets. “It is a true team effort, ranging from our corporate leaders to our staff in the distribution centers and all of our stores.”