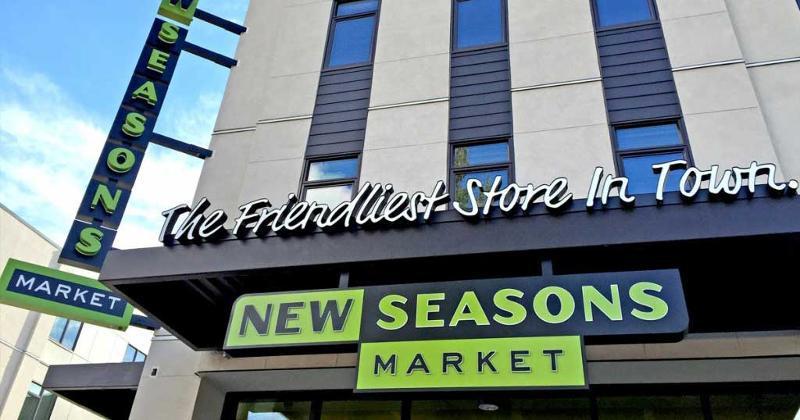 New Seasons Market and New Leaf Community Markets announced that they have entered into a definitive agreement to merge with Good Food Holdings, the Korea-based parent of West Coast regional chains Bristol Farms, Lazy Acres and Metropolitan Market. The agreement, which has been approved by New Seasons' board of directors, is expected to close in January.

Portland, Ore.-based New Seasons and Santa Cruz, Calif.-based New Leaf will continue to operate independently as certified B Corporations, with a commitment to the companies’ mission and values, according to a statement. New Seasons operates 21 stores in Oregon, California and Washington; New Leaf, which New Seasons acquired in 2013, operates five stores in the San Francisco Bay Area.

A subsidiary of the South Korean retailer Emart, Good Food Holdings is the holding company for Bristol Farms, Metropolitan Market and Lazy Acres Natural Market. Each brand has its own leadership team, company culture, operating philosophy and go-to market strategy. Emart acquired Good Food Holdings for $270 million a year ago. Terms of the New Seasons deal were not disclosed. Endeavour Capital is currently the principal owner of New Seasons Market; the founders of the two chains are also co-owners.

“We are proud to join Good Food Holdings with a shared commitment to building community through good food,” Forrest Hoffmaster, CEO of New Seasons and New Leaf, said in a statement. “This partnership with Good Food Holdings ensures our longevity as a community cornerstone—one that continues to nourish our neighbors and staff, inspire environmental stewardship and champion the local food economy, as we have done since 2000.”

Hoffmaster and the current local leadership team will continue to head the organization. Additionally, Hoffmaster will serve on the Good Food Holdings board of directors.

“We are thrilled to welcome New Seasons Market and New Leaf Community Markets to our family of brands,” said Matt Turnbull, managing director of Good Food Holdings. “We’ve long admired New Seasons and New Leaf as industry innovators and look forward to partnering with their local leadership teams to deliver the best experience for customers, staff and the community.”

Good Food Holdings’ strategy appears to identify grocery partners that know their markets and allow them to lead. As such, New Seasons Market and New Leaf Community Markets are charged with continuing to grow each brand in and around its home market.

New Seasons Market has said it will work with Seattle store staff to help them secure jobs with New Seasons in the greater Portland metro area, as well as with Metropolitan Market in Seattle. For those who choose other opportunities, New Seasons Market will offer job search assistance, transition pay and extended healthcare benefits.

As the world’s first and second grocers, respectively, to earn B Corporation certifications, New Seasons Market and New Leaf Community Markets said they would remain committed to B Corporation standards and certification process, balancing purpose, people, the planet and prosperity.

The neighborhood grocers will continue to support their regional food economies and give 10% of after-tax profits to their local communities.

PJ Solomon is serving as the exclusive financial adviser to New Seasons Market on the transaction.