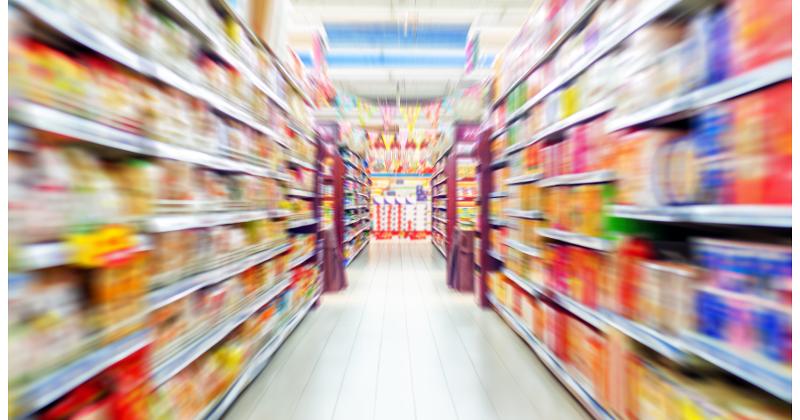 Leveraging locations and getting smart about media networking are just some of the strategies highlighted in a new Placer.ai report on rightsizing.

Albertsons' strategy makes it a clear rightsizing winner, said Ethan Chernofsky, VP of marketing at the analytics firm that studies industry foot traffic and other metrics.

Winsight Grocery Business Editor Jeniece Drake chatted with Chernofsky for the scoop on Placer.ai's "Brands that Are Rightsizing Right" report and how other grocery chains can emulate Albertsons' success. Here's that conversation, edited for clarity and length:

WGB: What are some ways that grocery stores can rightsize?

Chernofsky: The classic approach to rightsizing is seeing it as a euphemism for closing stores under financial pressure. Yet, the approach needs to center more around the pursuit of optimization. The first step is to look at a wider retail fleet and ask if the store footprint is optimized. Is there significant cannibalization between stores? Are there voids that could present unique opportunities? Are there locations that are significantly underperforming because the market is not a good fit?

By looking at the wider fleet from an optimization perspective, grocery chains can more effectively think about the efficiency of reach and maximizing the impact of each location.

But there is another element to rightsizing, and that is actual expansion—when the “right size” is more stores. Aldi, Lidl and others are seeing significant demand for their locations and so they are expanding to new regions and areas. This is as critical to having an optimized fleet as closing stores that are less effective.

WGB: What kinds of effects (positive, negative, or both) do you think rightsizing will have on Albertsons in the future?

Chernofsky: Albertsons has taken steps to lower store count in some areas as a way of reducing cannibalization and improving per-store visit metrics. The result is a greater level of efficiency and the capacity to maximize the impact of each location.

WGB: Is this getting “leaner” strategy of Albertsons a good strategy that other grocery chains should use?

Chernofsky: Being efficient is not about limiting the number of stores, it’s about maximizing the impact that each one has. Obviously, grocery retailers want to limit cannibalization, but they also want to make sure they are set up in the locations that will allow them to drive growth and success. The emphasis on limiting the number of stores is problematic because it doesn’t properly bring enough context about the value locations provide. From marketing and customer acquisition value to distribution and curbside pickup, store networks are contributing to grocery success across channels. Albertsons has been a leader in emphasizing the value of the store within an in-store media network. This recognizes huge assets that locations bring that won’t be seen in a simpler sales-per-square foot metric.

WGB: What other effective rightsizing methods have you seen within grocery chains?

Chernofsky: The idea of better leveraging locations is a key element of driving rightsizing success. Kroger’s push into ghost kitchens, the focus at Wegmans on prepared food, and even a media network approach from Albertsons all center around the idea that the store can be better leveraged to maximize potential. As this focus becomes more widespread, the impact will be to emphasize the value of locations and push grocers to identify more ways to utilize the spaces they have.

WGB: Other examples of rightsizing were given in the report (though not all necessarily within grocery stores). Do you think that grocery chains could benefit from some of the rightsizing strategies mentioned?

Chernofsky: The grocery sector is getting more aggressive in its interaction with innovation and this is going to drive unique value. Whether it be multi-format approaches or new concepts to boost in-store experiences, there are clearly lessons from the wider retail space that could be applied to grocery.