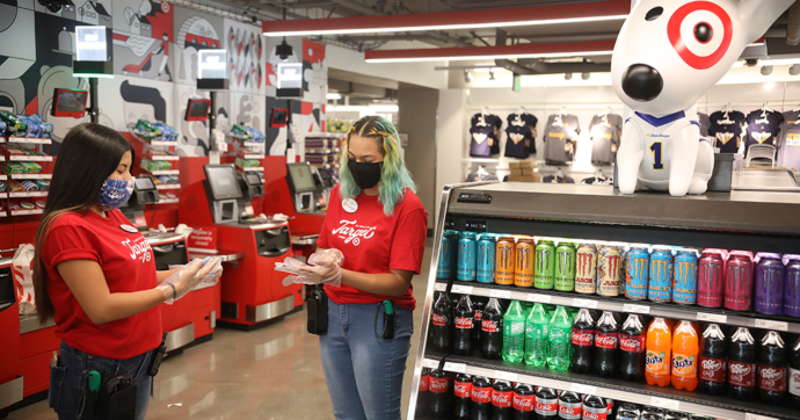 Last year, Target set a goal of increasing Black representation at every level of the company 20% by 2023. On July 27, the Minneapolis-based retailer reported that it had made some progress toward that goal in 2020—but not in its largest employee cohort.

In 2020, 15% of Target's nonmanagerial workforce was Black/African American—a slight decline from 16% in 2019. Elsewhere in the company, Black representation at the managerial level was unchanged at 12% from 2019 to 2020 and unchanged at 8% for members of Target's leadership team, according to Target's newly released 2020 Workforce Diversity Report. At Target's officer level, Black/African American representation increased to 9% in 2020 from 5% in 2019.

"It's always been important to us that we build and develop a diverse Target team that reflects our guests and the communities we serve," Target Chief Diversity and Inclusion Officer Kiera Fernandez, also the company's SVP of talent and change, said in a news release about the report. "We're working toward ambitious goals, but we know they're achievable with support from our leaders and teams who recognize how important this work is in creating a diverse, equitable and inclusive team."

The company added that it will "continue [to] focus on systemic changes to advance and retain our Black team members over the next three years."

In 2020, in addition to releasing disaggregated workforce diversity data for the first time, Target launched its Racial Equity Action and Change (REACH) initiative, which seeks to accelerate Target's diversity, equity and inclusion efforts in four areas: guests, team members, communities and civic/public policy engagement. In April, Target announced a commitment to spending $2 billion with Black-owned businesses throughout its supply chain.