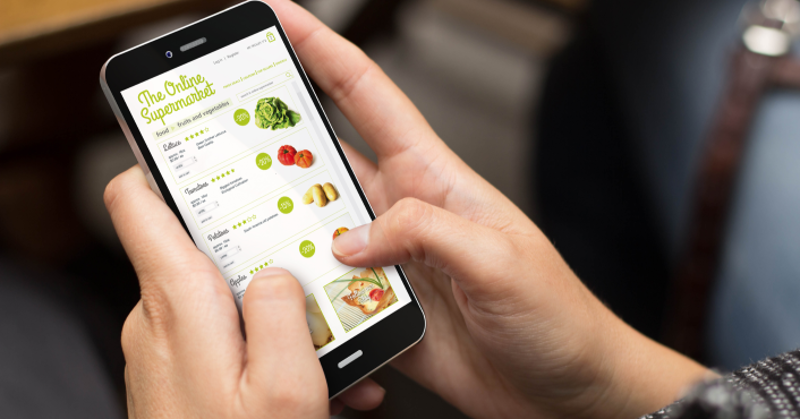 A survey of more than 11,000 grocery shoppers from Chicago-based product-ratings specialist PowerReviews finds that nonperishable packaged foods and personal-care products are the items most likely to land in shoppers' online baskets.

The survey, conducted in February, also found 71% of consumers saying that they had made an only grocery or CPG purchase in the past three months, down slightly from 73% who said the same a year ago. However, more than half of respondents—57%—said the share of their overall grocery spend from online purchases had increased in the past year.

Consumers' go-tos when buying online were:

Even when they're buying groceries in-store—which some 97% of online shoppers say they also do—consumers are digitally connected, according to PowerReviews: 89% of survey respondents said they use their mobile phone in grocery stores to help them shop, up 2 percentage points from last year.

And PowerReviews, which provides software that helps companies collect user-generated reviews and other user content, reported that consumers the company surveyed said they were more likely to purchase a product they hadn't tried, whether online or in-store, if they were able to read reviews first. Fifty-eight percent of respondents said they'd be more likely to buy an unfamiliar grocery or CPG item while shopping in a brick-and-mortar store if product reviews were readily available; an even larger share said reviews were likely to spur new-product trial online.

Star ratings, consumer reviews of specific product attributes and overall volume of ratings were the review elements that consumers said they paid the most attention to. Gen Z consumers (those born since 1997) had the strongest affinity for product reviews, especially for online grocery purchases: 35% of Gen Z respondents said they always consult ratings and reviews when buying groceries online, vs. 20% of millennials, 15% of Gen Xers and 13% of baby boomers who said they do.

"In the post-COVID era, grocery shoppers continue to buy online at high levels," said Andrew Smith, PowerReviews' VP of marketing, in a news release. "However, a higher percentage of shoppers have also returned to or continued to shop at brick-and-mortar grocery and consumer packaged goods retailers. A hybrid strategy is needed to attract these consumers, because while it makes sense to invest in digital, grocers can ill-afford to do so at the expense of their brick-and-mortar operations."