I wouldn’t normally recommend a narrowly focused ice hockey book to a general food retail audience, but there’s plenty that can be learned about branding, authenticity and leadership between the hip checks of Nicholas Hirshon’s new book, "We Want Fish Sticks," which reveals the forgotten story behind the bizarre repackaging of the NHL’s New York Islanders in the 1990s.

That episode put the team in new uniforms bearing a logo you’d recognize from your frozen-food aisle: A fisherman meant to evoke pride in Long Island’s seaside heritage instead recalled the slicker-wearing character from Gorton’s fish packages. The book takes its title from the humiliating chants that greeted the Islanders during the era. 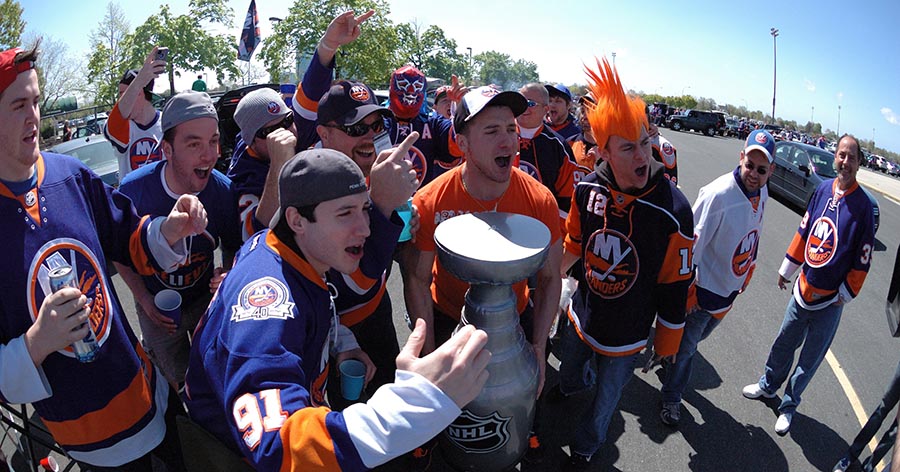 The Islanders committed more than just sins of design, however. As the book relays, the changes were made for all the wrong reasons and without proper research on how they’d be received. This required an incompetent and, at times, literally criminal leadership whose mistakes like those would lead not only to disastrous results on the ice, and eroding fan support, but to an identity crisis the Islanders are arguably still trying to overcome 20 years down the road.

The lesson ought to be simple enough: A little packaging change can be a good thing, but if the stuff inside doesn’t measure up to the expectations of the audience, it’s into the penalty box you go—and it might be years until you get out.

That’s relevant today as supermarkets across Islanders Country are preparing to skate out their own new looks and strategies. Best Market has some two dozen stores on Long Island that beginning this year will switch over to the brand of its acquirer, Lidl. Weeks after that deal was announced came word that the last chain on Long Island that didn’t at one time belong to some other company—King Kullen Grocery Co.—was to be absorbed by Ahold Delhaize’s Stop & Shop.

Details as to the fate of King Kullen are awaiting the deal’s closing and antitrust review—now expected during the second quarter.

Lidl is expected to reveal its plans to convert stores any time now, but expect a gradual process of two to three years—they’ll likely be done by the time the Islanders’ new arena opens in 2021.

In the meantime, Lidl has begun training Best Market workers as district managers and is advertising for such positions in Long Island towns from Astoria, Queens to Center Moriches on the Island’s east end. District managers at Lidl, who have responsibility for overseeing three to five stores each, will train in existing stores for nearly a year.

The change from Best Market—which prides itself on service departments and promotes its workers as specialists in their fields—to the efficient approach utilized worldwide by Lidl, could be a jarring hit but so too could its pricing in a market known for wealthy shoppers who love bargains but who don’t always get them.

Lidl for its part is approaching the transition carefully.

At a website set up to familiarize Best Market workers with their new parent, Lidl says this period where it is operating Best Market as a legacy chain provides opportunity to “analyze” the business, including service departments. At the same time, Lidl is preparing Best Market workers for what it calls a “boundless job environment,” where all store positions include duties that span across the store’s needs from the sales floor to the receiving deck to the register.

While it’s hard to imagine a Lidl store with a fish counter or meat saw, it might behoove the organization to figure out a way to efficiently convey the bounty and theater of a Best Market deli to shoppers in the similar way it has found a way to execute in-store bakeries with a service-light approach.

One Best Market veteran participating in a Lidl district manager training, James Canty, advised his New York colleagues to be open to the possibilities of a new team strategy and to be prepared to bring their own energy to make it work. “Stay open minded,” Carty said in a video, “and leave your anxieties at home.”

Stop & Shop meanwhile is playing to Long Island’s biggest crowds, but for all its might has been somewhat unsteady on its skates. Its growth over the past 25 years is mainly the result of acquisitions of various stores ranging from Foodtown and Finast to A&P and Pathmark, but comps have been flat. That’s one reason why its parent company chose Long Island as the first place it would execute a marketwide brand renewal.

The renewal program will devote between $1 million and $10 million per store with an eye of transforming to a format that can be experience-rich and convenient, service-focused and efficient, physical and virtual, and priced to compete with fast-growing discount neighbors. Its challenge is also to convey this to shoppers in a way that’s authentic.

Not unlike the Islanders themselves, King Kullen is a Long Island institution with a glorious past but more recent struggles. Founder Michael J. Cullen, after all, practically invented the game behind a combination of efficiency, quality and promotion that successors like Stop & Shop and Lidl will have to continue to refine for the next generation.