Designed to stitch a tighter bond between the natural foods icon and its new parent, Whole Foods' new loyalty program should help to improve consumer perception of value at the retailer—which has long battled a reputation for high prices—while helping to deliver more frequent household shoppers to Amazon.

Activated through a mobile application available to paid Prime members, the program is now available in all Whole Foods stores in Florida and will be rolled out chainwide this summer.

The deal replaces the nascent loyalty program at Whole Foods that was discontinued earlier this month. The 10% off sales item offer and additional discounts match the offers reportedly tested with signage in some stores near Whole Foods’ Austin, Texas, headquarters earlier this year. 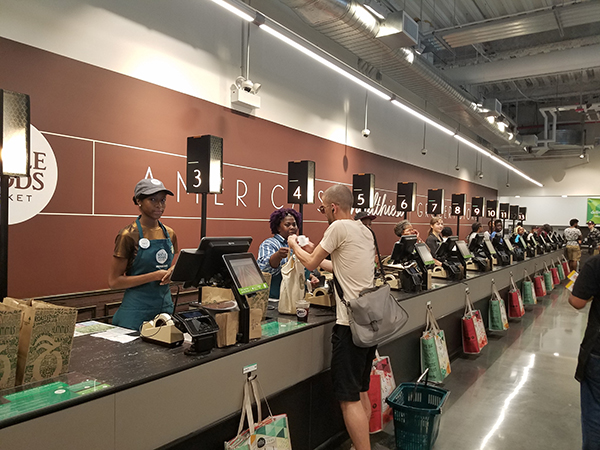 Amazon, which acquired Whole Foods last year, has more than 100 million members worldwide, CEO Jeff Bezos recently revealed. The company earlier this month said its annual fee for the service would increase by $20 to $119. Prime also provides shipping discounts, streaming television, an associated credit card providing 5% back on Whole Foods grocery purchases and other benefits—including free two-hour delivery—for Whole Foods orders in some markets. The delivery benefit, for orders of more than $35 using the Prime Now service, is also expected to be expanded to additional markets.

Whole Foods—which currently operates 28 stores in Florida and 479 chainwide—was a relative laggard among peers in developing a loyalty program, an issue that became more pronounced when mainstream competitors expanded their selections of fresh natural and organic foods.

Amazon until now has utilized its Prime program to provide discounts on select items at Whole Foods such as turkeys at Thanksgiving and roses at Valentine's Day. Publicity around lower prices at Whole Foods has been said to have helped the retailer post higher sales volumes since its takeover late last summer.

“This new Prime benefit at Whole Foods Market is a perfect pairing of healthy and delicious food at even more affordable prices,” Cem Sibay, VP of Amazon Prime, said in a statement. “Our vision is that every day Prime makes your life better, easier and more fun, and shopping at Whole Foods Market with exclusive deals and savings is all of this and more.”

Prime member deals will be prominently featured in-store and on the Whole Foods Market app. Members can sign in with their Amazon account and then scan the app’s Prime Code at checkout. Shoppers can also use their phone numbers to save at checkout.