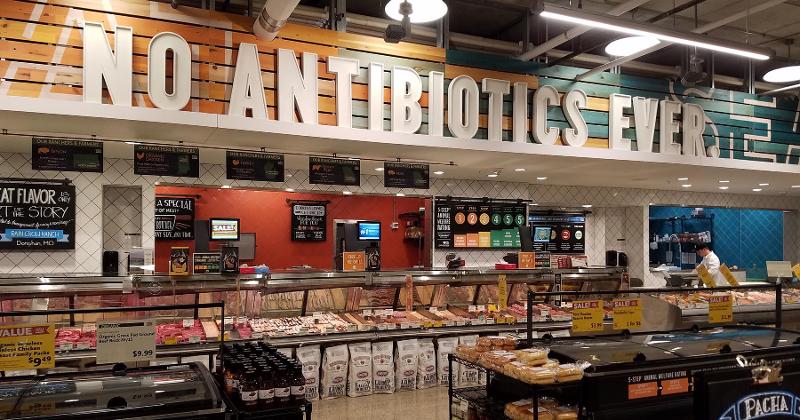 Whole Foods Markets said it will eliminate plastic straws from its stores in the U.S., the U.K. and Canada in July. In addition to its new ban on plastic straws, the Austin, Texas-based grocer plans other moves aimed at greatly reducing plastic waste.

“For almost 40 years, caring for the environment has been central to our mission and how we operate,” said A.C. Gallo, president and chief merchandising officer for Whole Foods, in a release.

Whole Foods said it would remove plastic straws by July from all company-owned and -operated venues, including at Allegro coffee bars, juice bars and cafes. As a replacement for plastic straws, it will offer customers paper straws with frozen drinks or upon request. Whole Foods said its paper straws are Forest Stewardship Council certified, recyclable and compostable. The company will also offer a plastic-straw option for customers with disabilities.

"We recognize that single-use plastics are a concern for many of our customers, team members and suppliers, and we’re proud of these packaging changes, which will eliminate an estimated 800,000 pounds of plastics annually," Gallo added. "We will continue to look for additional opportunities to further reduce plastic across our stores.”

Since being purchased by online behemoth Amazon in 2017, Whole Foods has remained committed to stepping up its sustainability game. In addition to removing straws from all store and in-store eateries, this year's measures so far have also included switching to smaller plastic bags in its produce department, replacing hard plastic rotisserie chicken containers with new bags that use approximately 70% less plastic, and removing all polystyrene and plastic foam meat trays.

In 2008, Whole Foods Market became the first U.S. grocer to eliminate disposable plastic grocery bags at the checkouts of all its stores. Whole Foods has also provided customers with environmentally responsible food containers in its prepared foods department, as well as boxes at its salad bar made of 100% commercially compostable material.

Last month, other retailers began to follow Whole Foods' lead. Aldi and Natural Grocers also stated their commitment to plastic reduction, while Kroger said it intends to remove all plastic bags by 2025.