Denver residents of the Capitol Hill neighborhood who were crushed when the Whole Foods Market at 11th and Ogden Street closed in 2017 were once again elated when Westword reported in early 2020 that the Austin-based grocer would reopen—and this time with a taproom. But curiosity and concerns rippled through the community again this week, when an Ideal Market sign was erected at the site, currently under construction.

The original Ideal Market, a Boulder, Colo., institution since 1958, was purchased by Whole Foods Market in 2007, as part of its buyout of Boulder-based Wild Oats Market Inc., reported the Daily Camera at the time. 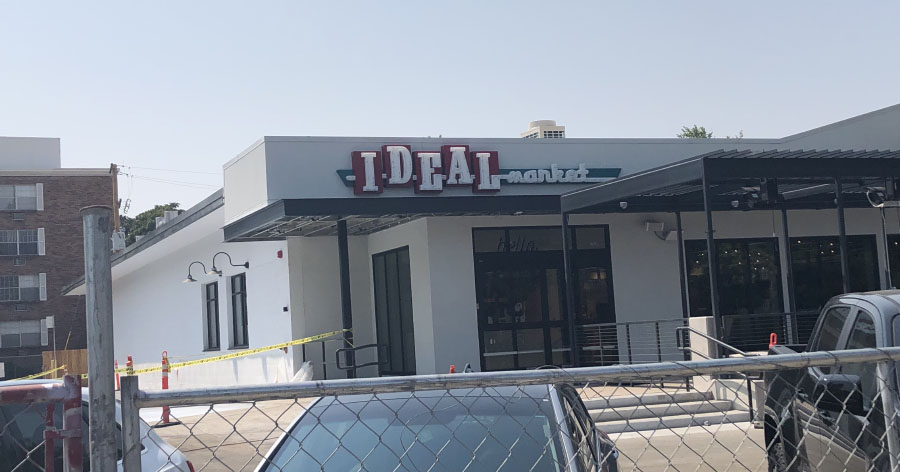 In 2009, the grocer remodeled the iconic mid-century modern store at 1275 Alpine Ave., and today Ideal Market’s website and in-store experience reflects its Whole Foods/Amazon ownership. From on-site Amazon Hub Lockers to a WFM Coffee Bar, its parentage is clear. The Denver location will mark the second Ideal Market in Colorado and the country.

Whole Foods reportedly closed its smaller and older Capitol Hill location in 2017 to focus on its 50,000-square-foot flagship Union Station location, which opened the same year. The store is the grocer’s first in downtown Denver.

But despite the few miles that separate Whole Foods’ flagship location from its newly branded Ideal Market site, the neighborhoods are very different. Union Station attracts urban professionals, tourists and suburban commuters traveling by train, while Capitol Hill, is a neighborhood known for its lively music venues, history and hipster-friendly restaurants and bars.

Perhaps the distinctive nature of Denver’s Capitol Hill neighborhood played a role in the grocer’s decision to expand its Ideal Market footprint. Its mid-century logo will fit right into the area’s vintage vibe.

When will the new Denver Ideal Market open? Will Whole Foods expand the concept beyond Colorado? Whole Foods Market has not responded to WGB’s request for comment.