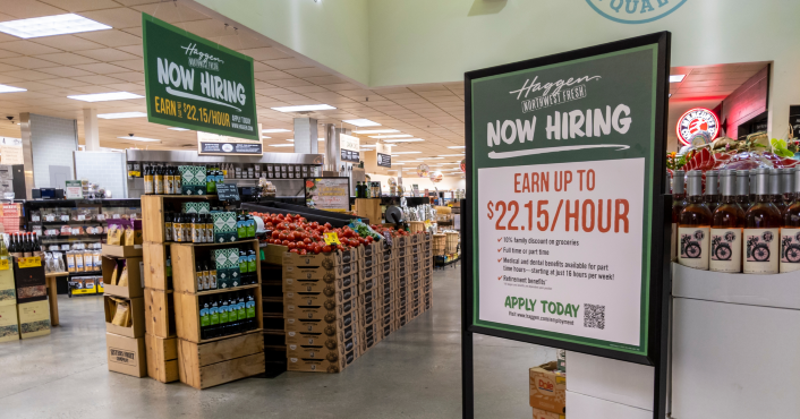 Americans ages 65 and older now make up the biggest segment of the "missing" workforce—those individuals who have not yet returned to the labor force more than two years after the COVID-19 pandemic started, a new analysis from a senior economist at the Federal Reserve Bank of Kansas City finds.

The U.S. labor-force participation rate, which ticked down 0.2 percentage points in April after several months of gains, remains a percentage point below where it was pre-pandemic, notes the Kansas City Fed's Didem Tüzemen. That's despite continued strong demand from employers, who added 428,000 workers to their payrolls in April but have expressed an urgent need for more workers to fill gaps amid strong consumer demand for both goods and services.

And while prime-age workers accounted for most of the so-called missing workforce for most of the pandemic, members of this group have returned to the workforce in higher numbers in recent months, shrinking the country's current worker gap to about 2 million workers as of March, according to Tüzemen's analysis.

The reopening of schools and day cares since summer 2020—in fits and starts though it may have been—has "allowed prime-age parents to gradually return to work," Tüzemen notes. In addition, since the widespread rollout of COVID-19 vaccines for adults last spring, "increased vaccination rates have led service-sector workers to feel safer returning to work," she writes. The dwindling personal savings rate, which stood at 6.2% in March after coming in north of 8% as recently as December, may also be factoring into rising workforce reengagement as well.

With the size of the worker shortfall shrinking, however, the makeup of that missing group changes.

The absence of older workers is of special concern to grocery retailers, which historically have drawn workers at both ends of the age spectrum to fill part-time hourly roles. Grocers and supercenters' median worker age was younger than the retail industry average in 2021, according to data from the Bureau of Labor Statistics: The median age for U.S. grocery-store workers in 2021 was 35.9; for supercenter and warehouse club employees, it was 34, and for all of retail, it was 37.7. Moreover, according to WGB analysis, workers ages 65 and older accounted for 6.2% of supermarkets' labor force last year, vs. 6.6% of the overall U.S. workforce.

Concerns about catching COVID-19 at a grocery store have shrunk but remain sizable, FMI President and CEO Leslie Sarasin noted at the association's 2022 Midwinter Executive Conference in March, with one-quarter of those polled this year by FMI expressing concern about contracting COVID-19 from a grocery-store employee. Those concerns likely are still keeping some prospective older workers on grocery's labor-force sidelines, too, with individuals age 65 and older at greater risk for more-severe illness from COVID-19. Meanwhile, grocers in 2021 contended with notably higher turnover: Turnover for all food retail employees surged to 58% in 2020 from 40% in 2019, and turnover for part-time employees climbed to 74% from 52%, according to FMI's 2021 SPEAKS survey.