Over the weekend, PCC Community Markets announced its President and CEO Suzy Monford had left the co-op. Monford is succeeded on an interim basis by Brad Brown, a retired REI executive and former PCC board member who previously was PCC’s interim CEO in 2020. PCC will begin a search for a new CEO immediately, the co-op said.

“I have made the difficult decision to leave PCC to pursue other career opportunities,” said Monford in a statement. “Being part of PCC has been a very rewarding experience and I am fortunate to have been part of the co-op community.” 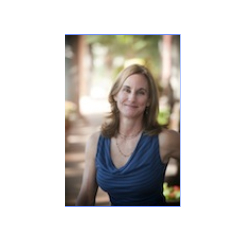 Monford joined PCC in December 2020. Stepping into the role of president and CEO during a pandemic proved not without its challenges.

Earlier this year, amid a nationwide call for extended hazard pay for grocery workers, the former president penned a letter to Seattle Mayor Jenny Durkan, in which she urged the city not to pass a hazard pay ordinance, which she said at the time “disproportionately harms local, independent grocers.”

Less than a week later, PCC submitted a proposal to the United Foods and Commercial Workers (UFCW) Local 21 to institute a $4-per-hour temporary appreciation pay for all union-represented staff in the Puget Sound area—not just those in locations with regional hazard pay ordinances—in exchange for “certain non-economic concessions” unspecified by the Seattle-based company.

In June, PCC Community Markets announced it would delay the opening of its new downtown Seattle store, due to open this summer, until early 2022. The company cited a labor shortage as the cause.

“On behalf of the board, I want to thank Suzy for helping lead the co-op and also want to express our confidence in Brad and the PCC leadership team to continue PCC’s work supporting our staff, members, customers and communities we serve while we search for a new CEO,” said Paul Davis, chair of the PCC Board of Trustees, in a statement. “We are passionate about delivering on PCC’s mission, vision and values, and our 2021 priorities, including the relocation of our beloved Kirkland PCC store, have not changed.”