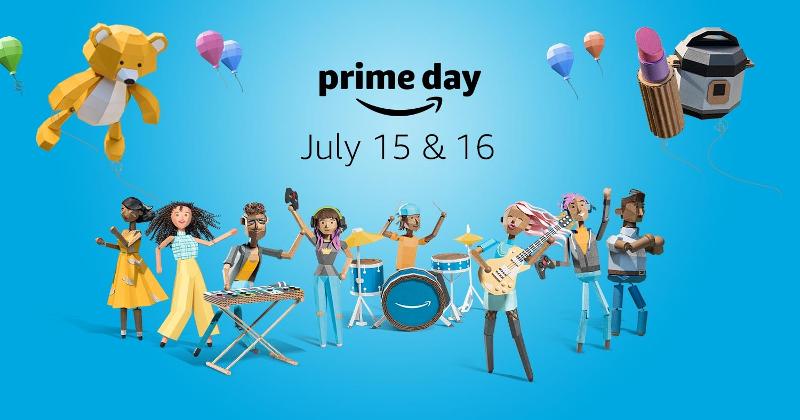 Amazon’s upcoming Prime Day frenzy is about to commence, seeing members flock to the website to snag deals on merchandise across categories. However, this year’s cyber holiday is one to watch as it will run for a full 48 hours as opposed to 36 while Whole Foods once again joins the party and other retailers attempt to steal some of the limelight.

A whopping 55% of consumers are Prime members, according to reports from Feedvisor. Last year’s Prime Day saw more than 100 million items sold globally. Additionally, 31% of consumers anticipate making a purchase during this year’s event (48% of current Prime members).

While many consumers gear up for the event, which will take place July 15-16, Amazon has been building anticipation with early-bird deals such as the Happy School Year store, which encouraged the sale of millions of pencils last year on Prime Day alone, and discounts on tech items such as $100 off a Fire TV Recast.

However, retailers such as Target Corp. and Walmart Inc. appear to be attempting to poach Prime Day customers, with Walmart reportedly set to offer hundreds of deals online starting the day before Prime Day and Target even more aggressively launching a “Deal Days” program during the event.

Target touts that its sale includes thousands of rarely discounted items as well as “only-at-Target brands across categories like home and apparel.” The retailer also pointed out that its sale does not require a membership and can be delivered or picked up at stores same-day.

Additionally, eBay is launching a tongue-in-cheek “Crash Sale” on July 15, along with deals running throughout early July, which pokes fun at Amazon’s site temporarily crashing during last year’s event.

While 89% of respondents to Feedvisor’s 2019 Amazon Consumer Behavior Report said they are more likely to purchase products from Amazon than other e-commerce sites, Walmart and eBay lead the competition with 52% also using Walmart.com, 43% also using eBay and 38% also using other retailers’ websites.

Whole Foods will also be a big player in this year’s Prime events. Included in Amazon’s pre-event specials is the grocer’s popular $10 for $10 deal, which also ran last year. The deal allows Prime Members who spend $10 at Whole Foods either in-store or through Prime Now to get a $10 credit to use on Prime Day.

Additionally, Whole Foods is offering Prime members exclusive weekly deals in the lead up to Prime Day. Discounts of 25% to 50% will be offered on summer fresh items such as organic red cherries, wild-caught sockeye salmon fillets, baby back ribs, sparkling water and apple pies. Prime members will also get an additional 10% off of hundreds of Prime items.

A separate report from Profitero predicted that about 25% of U.S. Prime Day shoppers would make a grocery purchase on Amazon during the Prime Day event, making it a potential “bonanza” for brands that participate in the sale. A survey by Profitero indicates that more than half of shoppers are likely to try a product they don’t normally buy during the sale, providing an opportunity for brands to generate trial, launch new products and garner reviews.

Amazon said small and medium brands rang up more than $1 billion in sales at last year’s Prime Day event. Some “challenger brands” saw sales lifts of up to nine times during last year’s event, Profitero said, “a clear indication the smaller brands can, and frequently do, outperform on Amazon.”