Wine and cheese advent calendars hit select U.S. Aldi stores this week, but it sure doesn’t look as if they will last until the holidays.

The Batavia, Ill.-based hard discounter said it was limiting shoppers to just one of its wine calendars, which feature 24 small bottles of wine (two each of 12 varieties) in a decorative box with perforations to release a bottle for each day of December leading to Christmas. 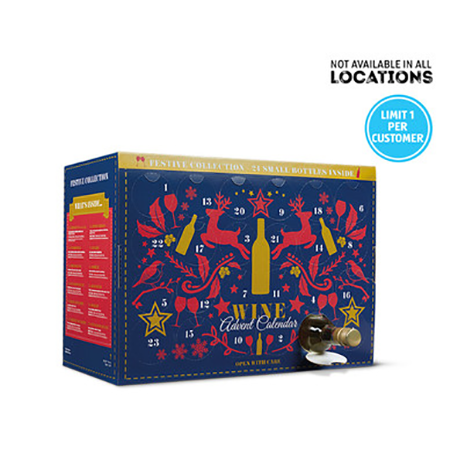 The item—which the company said would not be restocked after supplies are gone—went on sale at select stores Nov. 7. Retail prices vary by store, although some reports said they were retailing at around $70.

I’ve never seen so many white women in yoga pants in a line, especially at a grocery store. It was Aldi wine advent calendar release day. Pro tip: you needed to arrive hours ago and get a ticket. They’re all gone—early arrivers bought them out by the cart load. :(

Aldi has attracted attention in the past for similar products released in Europe, but this was the  first year they were made available in the U.S. The product helps to highlight the discounter’s wine selection—a key category in Aldi’s efforts to distinguish a quality image behind private brands and broaden its appeal to shoppers, while helping to drive customer traffic ahead of the holiday season.

Reports on social media indicated a brisk business for the boxes, and at least some customers complained about the limited availability of the item. In the meantime, a secondary market grew on eBay, where the items were being auctioned at prices ranging from $150 to more than $300. 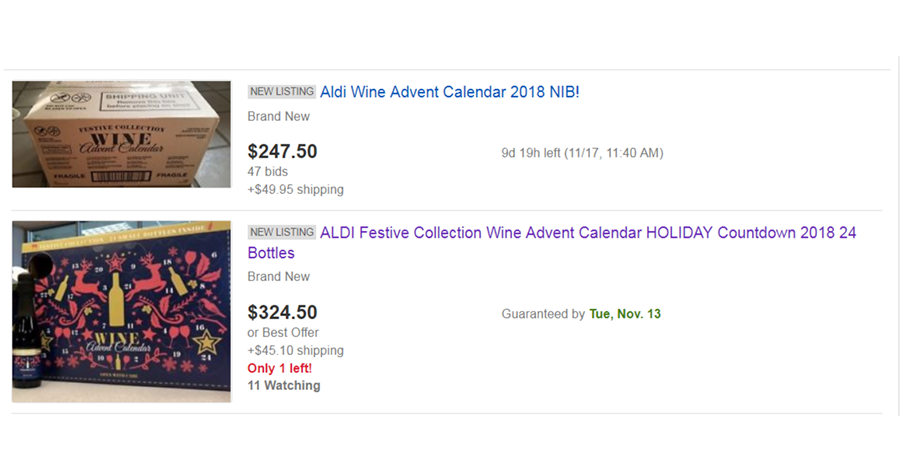 Aldi’s cheese advent calendar, which costs about $12.99, is being limited to three per shopper. It also went on sale Nov. 7.

Special advent packages are becoming a trend throughout retail and consumer goods, with special seasonal items growing around the categories of toys, candies and alcohol.