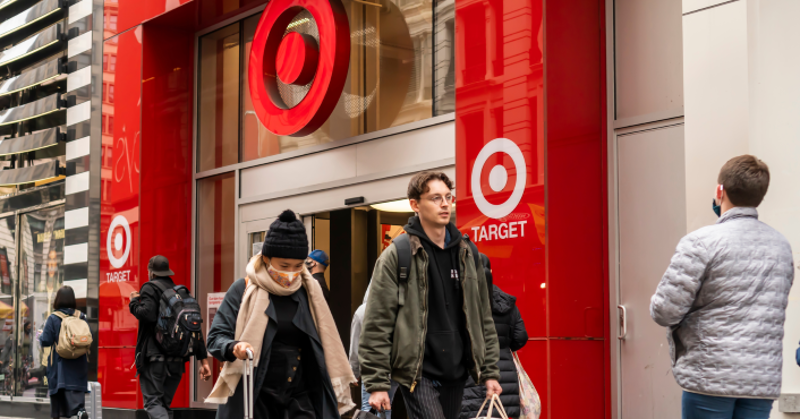 For all of the lessons to be gleaned from a speed bump-ridden year for retail in 2021, two in particular stand out to commercial real-estate adviser Karly Iacono, who hosts the "CRE Fast Five" podcast.

First, consumers really, really still like shopping in physical stores. "We don't want to do everything at home," Iacono said in a webinar from traffic analytics firm Placer.ai on Jan. 6. "I think the most noteworthy [takeaway] is the absolute necessity of the physical store." Second, she said, "I thought it was fascinating that retailers can still control consumer behavior."

The most potent example of that can be found in how many retailers addressed their supply-chain challenges leading up to and during the holiday season: They acknowledged them publicly and either directly or indirectly encouraged customers to do their holiday shopping early. Many consumers obliged.

"They incentivized people to do something that was in the best interest of the retailer," said Placer.ai Marketing VP Ethan Chernofsky. "And people bought in. It's my favorite retail thing of 2021."

October's retail sales were up 1.8% from September and 16.3% year over year as Americans got a jump-start on holiday shopping in an effort to avoid out-of-stocks and potential shipping delays. November's month-over-month retail sales bump was a more lackluster 0.3% (still up 18.2% year over year), but food retailers benefited from shoppers buying items for their Thanksgiving gatherings early—and then stocking up while they were out. "Following widespread media reporting on supply-chain challenges," market research firm IRI noted in a grocery trends report in November, "34% of consumers reported they are stocking up on certain items because they are concerned that the products might not be available the next time they shop."

Jeff Kreshek, SVP for Federal Realty Investment Trust, said in Placer.ai's webinar Jan. 6: "The consumer still showed up. ... They were positive; they were spending; they wanted to be out."

That's a trend that can benefit mass merchandisers and retailers that redouble their focus on creating an appealing, differentiated in-store experience in 2022, Kreshek and Iacono suggested. Iacono pointed to Dollar General and Target as two companies finding strong success in leaning into messaging on affordability and accessibility and emphasizing the treasure-hunt element of their in-store shopping experience.

"I've been really impressed with Target; I think they're going to continue to crush it in 2022," Iacono said, praising the Minneapolis-based retailer's store-in-store partnerships with brands such as Ulta and Disney as well as leading and diverse designers, authors and artists. "You go in .., you end up [buying] twice what you thought you needed."

Fast-growing Dollar General, with its year-old Popshelf concept, is finding ways to draw in consumers who aren't currently connected to the Dollar General brand while expanding the company's presence in its existing markets, Iacono said. Popshelf is just similar and just different enough from traditional Dollar General stores "to draw in someone who maybe wouldn't frequent Dollar General on a regular basis," she added.

Looking farther into 2022, a willingness to explore further applications of AI—to get a better sense of what customers are looking at and where (in-store and around town) they're shopping and to help address labor challenges, as through more cashierless checkout—may prove vital in helping retailers set themselves up for longer-term success. "This is going to be the year of proactive retail rather than reactive retail," Iacono said. "That’s a big shift."