The new store will arrive at four of 10 new store locations that were also revealed for the first time by the Phoenix-based natural foods merchant. Those new stores, which have a smaller footprint than typical Sprouts units at 25,000 square feet, are coming to Dania Beach, Fla.; Grand Prairie, Texas; Phoenix; and Smyrna, Ga. Sprouts said it would also convert an existing store in Tustin, Calif., to the new format as part of a renovation. 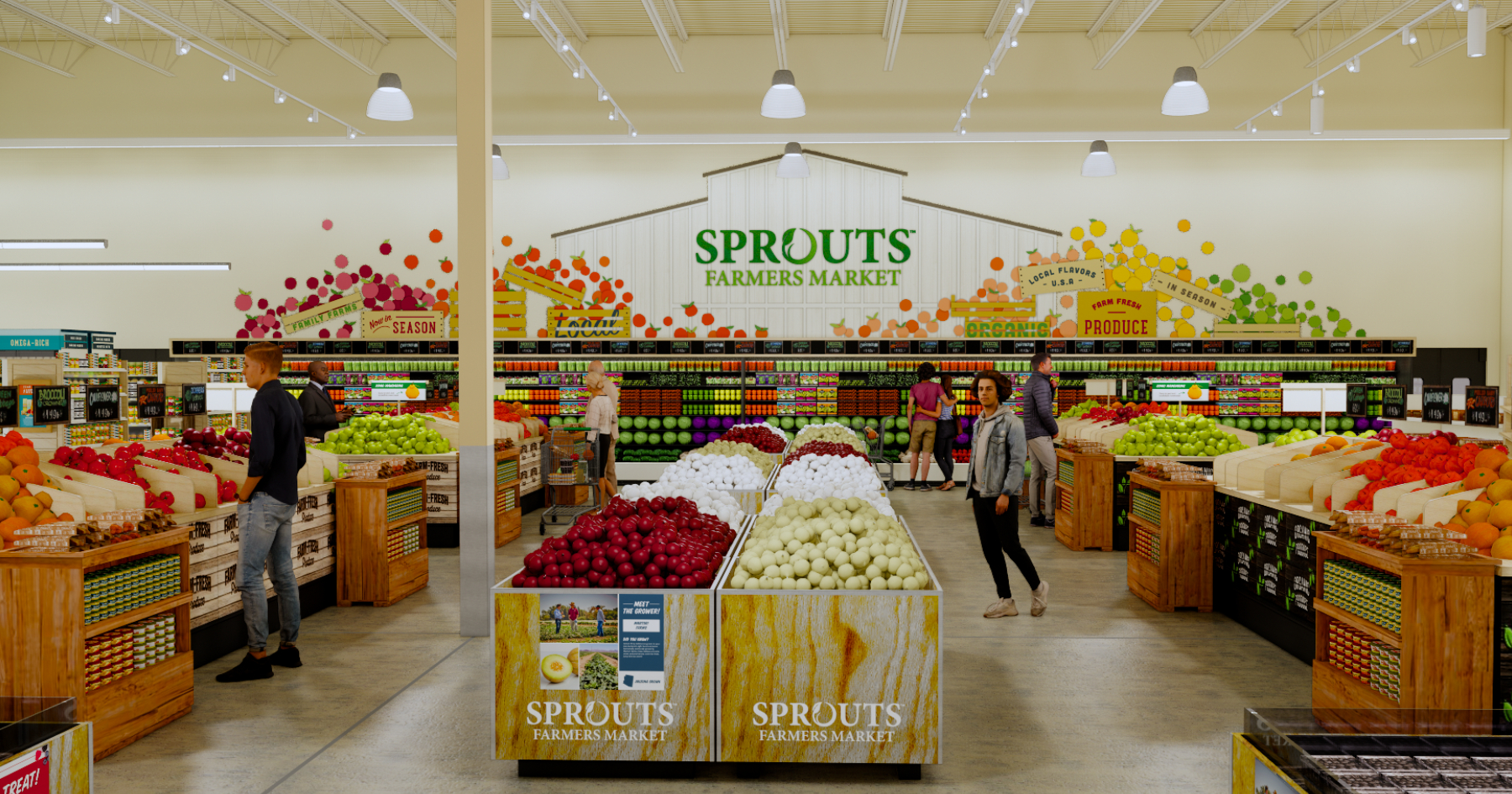 Sprouts will open 20 new stores this year, slightly fewer than contemplated under CEO Jack Sinclair’s strategic plan to grow store count by 10% annually. Sprouts currently operates 362 store in 23 states, most of which are in the range of 28,000 to 30,000 square feet.

“Our refreshed format highlights the unique experience Sprouts is known for while emphasizing product innovation, attributes and departments meaningful to our target customers, like high-quality meat and seafood, frozen items and plant-based products,” said Dave McGlinchey, Sprouts’ chief format officer. “The smaller size is very efficient and keeps produce at the heart of the store while maintaining our familiar open layout that will offer more assortment of products for a treasure hunt shopping experience.”

Sinclair, who took over as Sprouts’ CEO in 2019, has prescribed a strategy for the retailer that represents both subtle and radical departures from predecessors. He intends for Sprouts to burnish its reputation among “experience seekers and health enthusiasts” he sees as a more attractive and profitable customer base and that industry observers have compared to a natural/organic take on Trader Joe’s. Sprouts has abruptly pulled away from  going to market as the produce price leader and from stores that were increasingly playing in emerging foodservice categories, with big delis and prepared food departments.

The new format is intended to maintain its heritage as a fresh-food merchant—like its predecessors, they are to feature fresh food as the store’s centerpiece and will lean on longstanding fresh buying relationships, but the new store will swap out high-labor service departments for what officials described as an “innovation center” where shoppers can sample unique goods and better merchandise its points of difference.

Their smaller size will also support greater market densities as Sprouts intends to concentrate openings primarily in existing markets within easier reach of its distribution centers.

To that end, Sprouts will open two new fresh-food distribution centers this year: One in Aurora, Colo., is scheduled to open this month; a second in Orlando, Fla., will open later this year.

Future stores are planned for: