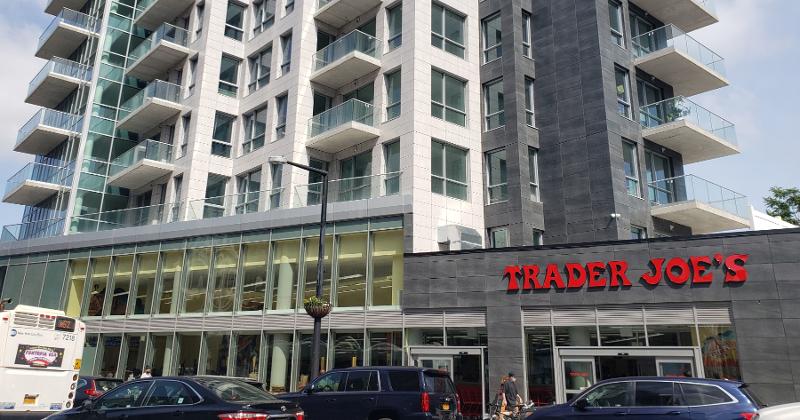 Trader Joe’s late last week confirmed rumors that it would locate a new store in Brooklyn’s Williamsburg neighborhood, where it will join Whole Foods Market, Wegmans and a host of newly established instant-delivery players to have outposts in the trendy area.

The announcement from Monrovia, Calif.-based Trader Joe’s confirms months of speculation that it was contemplated to have leased around 18,000 square feet in a newly built mixed-use project at 200 Kent Ave. that reportedly is near completion. The company did not specify an opening date, saying only the store was “coming soon.”

Unlike many of its units in New York, the new Trader Joe’s location is not alongside a public transit entrance, but it would be in easy reach of thousands of residents in newly built residential high-rises along Williamsburg’s East River shore. An independent grocer, Brooklyn Harvest Market, would be its the closest grocery competitor, although a Whole Foods Market is about three blocks away.

Trader Joe’s most recently opened city store debuted in Long Island City, Queens in June. The Williamsburg store would be its 10th New York City location; Trader Joe’s operates more than 540 stores in the U.S., including units scheduled to open this week in Halfmoon, N.Y., near Albany, and in Morrisville, N.C.