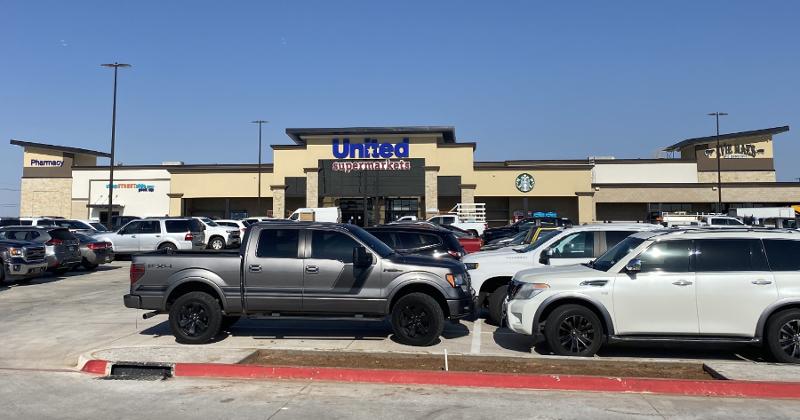 United Family will open the doors to its “next generation” of the United Supermarkets banner—one that is larger in size and introduces a new e-commerce offering called Texas Takeout—on June 30 in Lubbock, Texas.

This newest United Supermarkets store, located at 11310 Slide Road, “represents a culmination of innovation and adaptation after a year of unprecedented challenges,” Sidney Hopper, president of the United Family, told WGB in emailed comments.

“One lesson learned from the COVID-19 pandemic was that we needed more space,” Hopper continued. “This store will feature the widest aisles we’ve ever put in a store. In fact, the store itself features thousands of additional square feet when compared to our ‘last generation’ designs.”

Just as the pandemic created a need for more space, it also spurred an immediate demand for e-commerce.

Hopper said the Lubbock United Supermarkets was designed with two e-commerce offerings in mind: Streetside Grocery Pickup, an offering already available at other United stores that allows customers to order groceries online or in-app for delivery or curbside pickup; and Texas Takeout, a new concept that offers curbside pickup of prepared foods. “This means all the fresh food being prepared in our kitchens, like pizza, sandwiches, fried chicken, the list goes on, is now available to be picked up curbside. Guests can pick up lunch for themselves or dinner for the whole family,” Hopper said.

Through Texas Takeout, customers of the Lubbock store will also be able to pick up a meal from

Evie Mae’s Barbecue, a local barbecue restaurant with just one other location, in Wolfforth, Texas. “This brings an iconic barbecue brand closer to Lubbock residents than ever,” Hopper said. “This isn’t just any barbecue. Evie Mae’s Barbecue is award-winning and was ranked in the top-10 barbecue joints in Texas by Texas Monthly.”

• See also, The United Family Goes Into the Restaurant Biz

Other store amenities include a Tap House with craft beer and wine; a Chopsticks Noodle bar and Sushi Bar; and a Starbucks. It will also feature the staples: a full-service meat market, bakery, floral department and pharmacy with a drive thru.