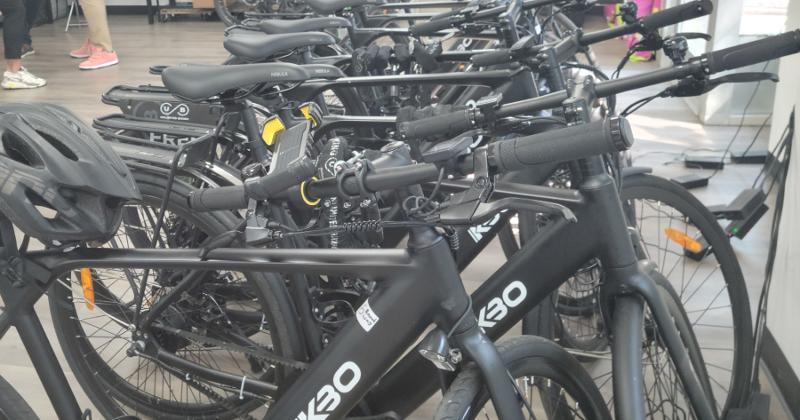 Ultrafast grocery delivery player Buyk, which launched its bike-based, 15-minute delivery service in New York City in September, is ready to hit the streets in Chicago.

On Dec. 29, the company announced it has opened six microwarehouses in the Windy City, serving the North and Northwest Side neighborhoods of Wicker Park, Bucktown, Old Irving Park, Ravenswood, Lincoln Park and Logan Square. Fourteen additional dark stores are expected to open in Chicago by the end of the first quarter of 2022, according to a Buyk news release.

It's been a busy two months for Buyk, whose founders got their start in ultrafast grocery delivery in Russia. In addition to expanding beyond Manhattan into Brooklyn, Queens and the Bronx in New York—a move the company announced in early November—Buyk named a new CEO, restaurant industry veteran James Walker, on Nov. 16. Walker previously was SVP of restaurants for hot dog legend Nathan's Famous, and in that role he oversaw the opening of nearly 300 ghost kitchens in the U.S. and abroad for the chain.

"Chicago is where trends, especially in retail, become mainstream," Walker said in Buyk's news release. "This is why Buyk has chosen the Windy City as the next frontier to disrupt the way Americans get their groceries." The company plans further U.S. expansion in the year ahead, the release added.