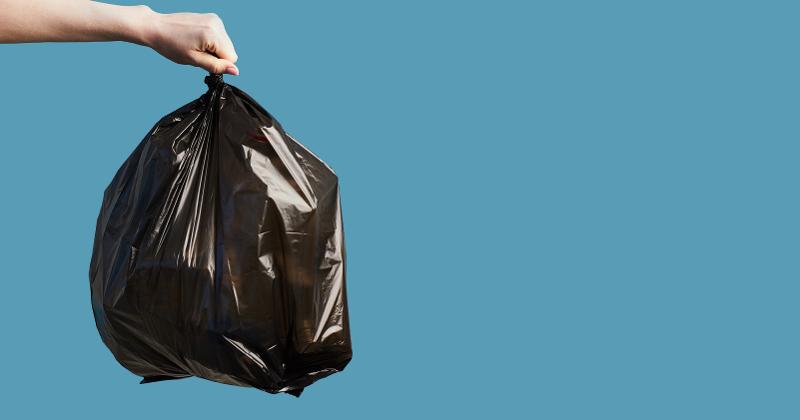 As global crises go, there’s relatively little debate on the need to reduce food waste. It’s socially responsible, economically sensible, and environmentally conscious. And if you happen to be in the business of buying and selling food, food waste is also a persistent and longstanding challenge to profitability and long-term sustainability most likely embedded in the very ways you operate.

Today, sources say, there is a new awareness in retail around the crisis—crystallized in the sustainable business ambitions of high-volume chains and small stores alike, and heightened by an industrywide realization that its future is largely dependent on execution in fresh foods. This is dovetailing with the emergence of idealistically minded business technologies that can help them to address waste in big and small ways.

From new approaches to ordering, inventory and food production software for day-to-day operations to user-friendly apps designed to address specific and common instances of waste, these technologies can be revelatory tools for retailers in revealing and addressing the losses that fresh food retailing can bring with it, harming not only retailers’ bottom lines, but their customers’ wallets and the long-term ability to continue to feed them.

“The focus on waste is bigger than it’s ever been,” says Shamus Hines, CEO of fresh-item management software company Applied Data Corp (ADC), Tampa, Fla. “It’s literally coming from pretty much every retailer we speak with. It’s top of mind, not just for grocery stores but convenience stores as well. Anybody who’s in the food game is starting to think about this, from a financial aspect in the U.S. still more so than from a social impact, but that’s growing exponentially in terms of their focus.”

Designed to replace the legacy manual processes of the produce order sheet and improve upon computer-assisted ordering systems that Schwartz says might work fine in the cereal aisle but are easily overwhelmed by the complexities of fresh food, Afresh uses AI to manage demand forecasting and inventory based on big data, improving in-stock rates and reducing shrink, while also incorporating a workflow app that’s easy for store-based employees to use.

“One of the biggest challenges that has been faced in fresh food is that it’s so hands-on, and there’s all of that complexity from a store operations perspective,” he says. “And historically, a lot of these systems that were built for ordering were kind of piecemeal—you’d have that algorithm running for your demand forecast. You'd have an algorithm running for your inventory. You’d have a scan gun that’s built for certain processes. You’d have a data integration that was built for a number of different things. And all of those would like to try to come together. But as a user, as a human experience, you’re stuck with clumsy workflows and it all adds up to being a really tough experience for the store-level employee.”

“Working in grocery as a fresh department manager or associate is a tough job,” he adds. “You get in early in the morning. It’s cold; it’s physical. And what we observed is that if you really want a system to work, people have to actually use it. So we’ve paid just a ton of attention to the workflow of the store-level associates.”

Artificial intelligence—already crunching the numbers to optimize forecasting and store inventory of the complex fresh supply chain—is also at work in the workflow app, learning, for example, how its users on the store floor are interacting with it, or as Schwartz describes, “acting as validating mechanisms over time to make the system smarter and to also increase their performance.”

That is also helping to speed rollouts, with the 129-store WinCo chain most recently adopting the service. Afresh is also in use at Fresh Thyme, Meijer’s farmers market-style retailer; Heinen’s, the well-regarded Cleveland-based independent retailer; and others Schwartz declined to mention.

While declining to address specifics of its performance by retailer, Schwartz says in aggregate Afresh’s customers have seen food waste reductions of around 25%; 2%-3% improvements in fresh food sales, and increases in both operating margin and labor productivity.

“Food waste is one of the largest, if not the largest, addressable problems out there for food retailers,” says Hines of ADC.

Though in many ways a contrasting competitor to newcomers such as Afresh, ADC has more than 30 years of history in the industry and a long client list that includes 15,000 stores among domestic and international grocery and convenience retailers, including Ahold Delhaize, Winn-Dixie, Wakefern/ShopRite, Harris Teeter, Meijer and Publix. It is in the midst of a rapid rebirth behind a newly launched SaaS platform it calls FreshIQ.

Hines, who’s background is in technology and finance and acquired the company three years ago with an eye on modernizing it, says he was drawn to the opportunity at ADC in part to contribute to food waste reduction.

Established in 1989, ADC had been operating an on-premise solution known as InterStore, which early last year went to the cloud as FreshIQ. The new software brings over the same modules as its predecessor—encompassing what the company calls an “all-in-one” solution covering recipes, food production, labeling, inventory and waste reduction, traceability and ordering—while adding an intuitive user interface. This is helping stores better use its tools.

In Hines’ opinion, food retailers have exhibited a growing sense of urgency over the importance of waste reduction in recent years but, at the same time, overlook what he described as “granular, hidden waste” from produced foods that effective item management software can help to identify.

“Retailers certainly are keeping their financials and understand the adjustments to their inventory over time,” he says. “But they’ve got a bigger bucket of unknown loss then they probably would like to admit.”

Hines says FreshIQ users can realize sales gains of 10% and waste reduction of up to 50%.

‘We Made It Look Sexy’

If a supermarket were an ice hockey rink, the markdown rack might be its “dirty area”—that is, the few feet of ice in front of the net where a pack of players desperately whack at a rebound and one another trying to convert a broken play into something salvageable.

Josh Domingues is a former junior hockey winger in Canada who was working as an investment advisor to NHL players when he skated into the scrum of food waste.

“My younger sister was a chef. She called me one night after a catering event and told me, ‘I just threw out $4,000 worth of food. I feel horrible. This really sucks,’ ” Domingues recounts. The exchange, he says, sparked his own interest in exploring food systems—including the grocery store on the ground floor of his apartment building—only to discover that his sister’s problem was not at all unusual among fresh food purveyors. 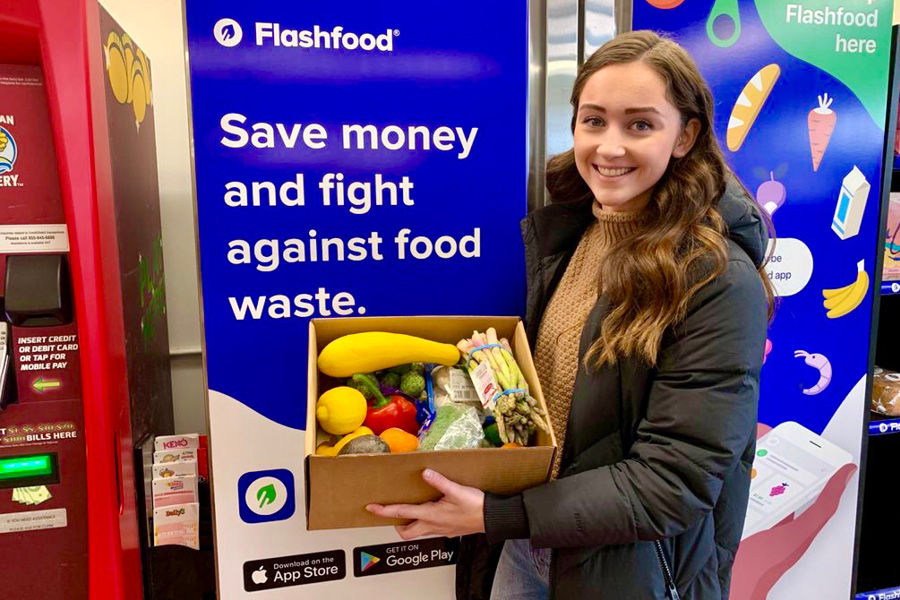 Flashfood sends text notifications on fresh deals, bringing excitement and incremental trips around items that might otherwise be lost, its founder says.

“Most stores throw out anywhere from $5,000 to $10,000 worth of food every day,” Domingues says. And much of that was fresh food nearing its sell-by date. Traditional strategies food retailers used to move these items—typically enticing customers via a discount sticker program—were only so effective, and donations were costly and came with their own waste issues.

“With all of that, the idea that I had was, if there’s a way for the store to mark down the price of the food [and] send me a notification to my phone, I can see the deal through my phone, pay through my phone and pick it up in the store the same day, people would shop like that all the time,” he says. “So that’s what we built. We took a discount food rack, we made it look sexy, and we put it on your cellphone.”

These stores are seeing advantages of a “virtual” discount rack in the form of higher, less-labor intense and more profitable reduction in waste—along with a considerable bonus of footfall, drawing shoppers to stores they might not otherwise visit. These shoppers, whose behavior can be tracked through the app and can integrate retailer loyalty programs, are often complementing the discounted items they came in for with additional sales at full price. Domingues estimates the Flashfood sells about 80% of the items promoted—learning as it goes.

Flashfood takes a percentage of the sales generated on the app; the rest, retailers tend to credit directly to shrink because the items otherwise would have been a loss. Domingues says retailers can see shrink reductions of about 10% within a few months of launch, realizing as he says, “there’s value in what’s considered a waste right now.”