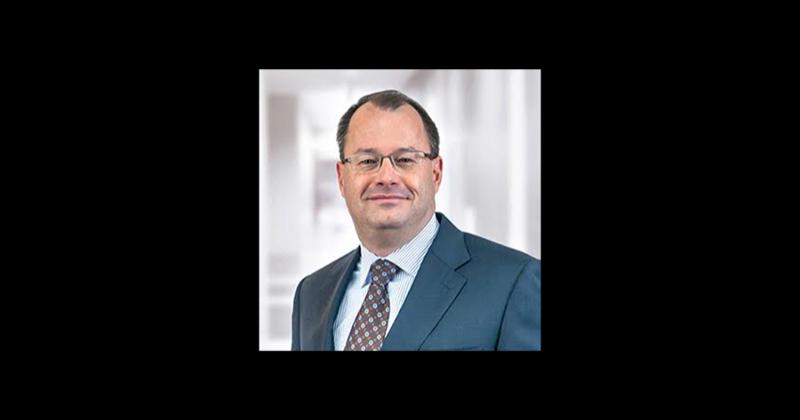 James McCann, the former Ahold USA CEO who three years ago embarked on a second career as an early stage retail tech investor, today holds a stake in 28 young companies in five broad areas of the retail and consumer goods fields that he believes his former counterparts in the trade can find opportunity for the future: reducing food waste and improving fresh foods; enabling e-commerce; improving store productivity; enabling marketing, loyalty, pricing and promotions; and better-for-you CPG brands. The following Q&A was excerpted from a conversation with WGB on July 30.

Jon Springer: So embarking on the new chapter in your career, no longer a retail or CPG executive but as an investor, how do you look at the field? Do you look at it as a retailer, or as an investor trying to make money for your family?

James McCann: So actually, I’m not trying to do this to make money. I’ve got the very great privilege of having everything I need. And so the way I’ve set this up is that this is actually my way of building up charitable contributions. My aim is to hopefully be successful doing this, and then use it as a means of giving away the money that’s made from these early stage investments. So from my perspective, I get to help the industry from whence I came in, which is food retail and CPG. I get to help the founders to be successful, which in itself is really enjoyable. And the spawn of that success is money that I can then give to charity.

So I think, if I was a retail CEO today, what would be the areas and themes I’d want to be trying to solve? And then I look for technologies which are enabling change in those areas.

You wrote a book, which was a little bit of an introduction to being an investor and understanding the whole startup world. To what degree did that reflect your own journey?

When I stopped full-time work and went into semiretirement after the Ahold Delhaize merge, I had to decide where I wanted to go. That could have been work on public company boards. It could have been in big private equity, which would have been the most logical place, having worked in big companies for a long time. But after long research, I decided that I would much more enjoy and would have more impact, if I invested in and helped earlier stage companies.

So now, I move in with companies that are sort of in the seed stage all the way through to the private equity growth stage. And when I started looking into this, there wasn’t really a great place to go to learn about it. That’s why decided that one of the things I would do is write that book so that people who follow behind me find the path a little easier to follow.

So when you talk about companies that are in the seed stage and pre-private equity, what do you really mean by that?

Seed stage often means that they’ve got an idea and a team, and are working on that idea all the way through to where they’ve got a surface prototype called a minimum viable product. Group stage private equity is when the company is essentially becoming a medium-sized company. And what it needs is investment to accelerate growth, to be able to grow in new geographies and potentially new continents, to be able to add members of the team, to be able to really accelerate the growth profile. And many of these companies are growing at the rate of hundreds of percent per year. It’s a good problem to have, but these are companies that are struggling with exponential growth in their business.

Which of these would be the biggest of your portfolio companies today?

At the moment that would be Bowery Farms, Takeoff Technologies, Fetch Rewards and Jyve.

How much is the startup world like "Silicon Valley," the TV comedy?

The companies I invest in? Not much at all. But I love the show.

Let’s talk about a couple of the high-tech companies you’ve invested in a way a CEO can understand. Afresh was in the news for new funding recently.

Most automatic ordering systems in retail today rely on having perpetual inventory. So the inventory has to be correct, and that the store teams have to do a lot of work. And the problem with fresh food has always been there’s so many places that the inventory goes wrong: People eat the grapes, product gets misdelivered, products get miscoded and so on. What Afresh is doing is using newly emerging artificial intelligence and machine learning capabilities to essentially remove the need for perpetual inventory. They actually can take the feed of sales, and with the big data capabilities they have, come up with an order proposal that is very, very handy. And they put that into a workflow for the store teams that’s really, really simple.

That means that you get the right stock, your backroom remains more empty, you’ve got more of the right stuff on display, and much lower shrink numbers. And it all came from the team saying, food waste is crazy, and how can we do something about this?

Another company reducing food waste is Mori, which essentially is a process which extracts the protein from mori spider silk. It becomes a powder, which is injected into water, and applied to food products. There’s no taste, no negative impact at all. That does two things: One, it makes the product last longer, so there’s less incurring food waste, but it also gives you the option of being able to go to less environmentally damaging packaging.

I’m seeing a lot of food-tech releases in my inbox lately, things like lab meat. Are you involved in that?

I haven’t found the right connection yet. But I’ve seen probably a dozen of the players in this space, and it’s going to be huge. When you can grow meat in a lab, when you can mimic meat through protein, when we have a planet that’s got way too many animals being farmed, it’s got to be a solution. And then beyond that—you know, nobody likes to talk about it, but we’re going to get into insect protein, and enriching meat and other products with protein in different ways. Because this planet is going to have to keep 10 billion people fed with the right nutritional elements without being destroyed. That’s going to require us to do things in a different way.

Tortoise is a company known for retrofitting ride-share scooters with remote mobility to deliver them autonomously to users or to charging stations. How is this related to food retail?

Delivery bots. The reality is, fully autonomous [delivery] is very difficult to achieve. And so what the Tortoise team have done is say, "OK, for a package that’s less than 100 pounds, as most grocery is, and where it’s within 3 miles, and if you keep the speed under 7 miles an hour, you can actually 'drive' [a delivery robot] remotely." They have a team of remote drivers in Mexico. So you can use a combination of autonomy with human intervention when you come up against the crosswalk or busy sidewalks. It’s a really clever idea.

Over time, autonomy will grow. But what it means is a deployable delivery solution for retailers where you don’t have to wait for the autonomy to be 99.9% effective.

Syrg is an app that enables companies to temporarily rehire their former workers in the style of gig work, saving retraining and recruiting expenses associated with high turnover.

It’s a really smart idea. If the individual wants to be available, then you make them available to their ex-employer to come back. So a good leader can come back and do work when there’s work to be done, if it’s good for the individual and the company. It’s like an alumni work association type thing.

One of your productivity investments is an ordering platform called Mable, which has an interesting background.
Mable’s founder [Arik Keller] is an entrepreneur who has had a successful exit in a whole other industry. And for reasons best known to himself, he decided to buy an independent grocery store in Vermont, as all technology entrepreneurs do.

When he started doing that he thought, "Hang on. I’m manually ordering everything and having to fax stuff off. It’s a bit of a nightmare." And so what he’s put together is a really good stock and order system for the independent retailers, basically allowing them to place orders through both directly to vendors, but also to distributor partners—basically bringing some of the tools that the large retail chains have gotten you to make that much more efficient, and much less labor intense for the person who normally does it, who is often the owner of the store.

The food industry has really changed in the past few months. What’s going on today in terms of the shift of food at home that, that you’ve been paying attention to?

I think that many of the trends that were kind of gently coming in pre-COVID have just been supercharged. So, there was a move toward healthier products. That’s been accelerated. A move toward food e-commerce that’s been accelerated. I think all of the labor challenges that everyone has been trying to manage just got accelerated. So all of these trends were there, and they just been maximally accelerating by the impact of COVID. And I think that COVID is lasting sufficiently long, that people’s changes in behavior are going to become ingrained habits. So I think we go back to where we were pre-COVID, I think we go back to a different place. So this is a structural change in the industry across many of these areas.

How do you assess the job your former counterparts in the industry have done with this?

The way I would summarize it is, food retailers are some of the best responders in the world when there’s a crisis. If there’s a snowstorm or hurricane, food retailers are used to going into sort of crisis mode and making big changes in operations in very short order. And you saw the best of that during the COVID crisis.

I think the challenge to the industry is, how can we not fall back to the slow, bureaucratic ways of the past? Because I think that many of these changes require them to continue changing in a much faster way, not because of COVID, but because of a much elevated rate from business as usual. And I think that’s hard to do when you’re running very large companies with many, many people. But I think the retailers that are going to be successful in 24 months’ time will be the ones that managed to keep a much higher pace of evolution and revolution than they did pre-COVID.