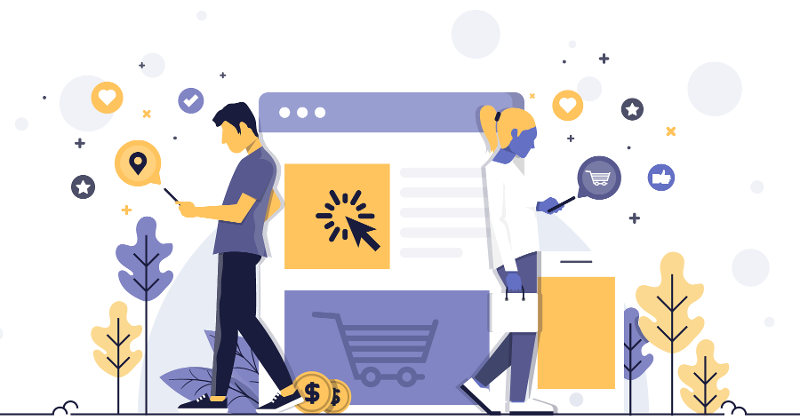 Much has been made of the personalization advantages inherent in the online shopping experience, where today’s Google search becomes tomorrow’s Facebook ad and every online interaction feeds a massive recommendation algorithm that, over time, theoretically gets closer and closer to the consumer.

Those capabilities have traditionally been tougher to replicate in the real world, where the customer’s footprints have generally been harder to follow, marketing has been more about products than people, and even strong retailer loyalty programs have their blind spots, sources say.

Today, worlds are colliding. A move to hyperpersonalization and one-to-one relationships between retailers and customers—aided by an explosion in the same artificial intelligence and machine learning algorithms powering online shopping—was already underway but could get another boost as retailers see their reliance on digital shopping and their need to communicate with shoppers accelerate with the coronavirus pandemic. This is prompting, or in some cases forcing, retailers to confront the future now. The abruptness with which some retailers went from writing weekly ads to scrapping the paper flyer altogether, as well as digital sales suddenly skyrocketing to double-digit penetration, are just a few examples. Uncertainty around consumer behavior going forward is another factor.

“As we continue through this crisis, many supermarket sellers are really focusing on making the shift to digital, and as they shift to digital, that really implies the need for personalization and relevancy,” says Gary Hawkins, CEO of the Center for Advancing Retail and Technology (CART), a Los Angeles-based platform for consumer goods innovation. “If you’re just communicating through the mass weekly flyer, most of that is irrelevant to any given shopper. So you need to be personalized. You need to be relevant.”

New AI capabilities “are changing the very business model that this industry has existed under,” Hawkins adds. “For most of the last century, we’ve been very product-driven, mass promotion-driven, with retailers focused on getting trade funds and shopper marketing funds and so on, all driven by products. But the battleground is shifting here pretty quickly to the individual customer. And we’re now measuring success by share of wallet and by lifetime value.”

In the interest of full disclosure, Hawkins is a former retailer who today serves as a board member of Birdzi, one of a number of young technology companies using AI to help retailers gain the same kind of personalization and relevancy advantages their online counterparts—and larger competitors—have. He describes Birdzi’s offering as “customer intelligence as a service” that can track and unite streams of data that might reside in separate “warehouses”—for example, product data, including ingredient attributes and location and online data—and assembling a more relevant customer profile from that.

AI on the Edge

The move to personalization comes with concerns over privacy and the notion that retailers with loyalty programs can only “see” so much purchase data, but these are areas where emerging technologies are rapidly making progress and increasing visibility.

Israel-based Anagog, for example, is using what’s known as Edge AI—or intelligence residing and processed on a user’s mobile phone—to enable the devices to understand everyday user behavior that goes beyond what they do in stores, such as locations and activities. It can then pull hyperpersonalized offerings from marketer clouds without disclosing the user’s data to them. This gives companies a chance to craft deeply personal experiences for shoppers to increase engagement but allows consumers privacy.

Gil Bolotin, Anagog’s New York-based VP of business development, says this would give retailers the ability to see shopper behavior when they’re not in their stores.

“One of our biggest use cases is share of wallet,” Bolotin says. “Let’s assume I’m usually doing my shopping with Target or Walmart. But what they realize when they see [Anagog data] is I also like shopping in a pharmacy and specialty stores where I buy healthy and organic food. They can understand that I’m physically active. That I have children.”

In this example, that information could prompt the retailer to offer discounts, promotions and incentives to participate in categories its previous data may not have necessarily known the customer was buying. Location and mobility data could suggest, for example, new shopper services it may not have known there was a demand for.

“What they realize is, they didn’t know what I was buying in another store or the other categories I might be interested in that I wasn’t buying from them,” Bolotin explains. “Suddenly, they understand my lifestyle and they can improve the services that are meaningful to me.”

Beyond this, he said the data can help retailers understand consumer activity in places it is looking to build stores or expand; know when customers change jobs or have other life events; bridge the gaps between their shoppers online and offline activities; and understand the right time and context for messages.

Anagog is working with food retailers and convenience chains in Europe currently, Bolotin says, but is flush with $10 million new investment capital to help support expansion and further research and development capabilities.

“I think everything that’s happening in general around the customer experience today is super exciting, and as we come out of COVID, it’s going to be more interesting,” Bolotin says. “We’re going to see these things expedited—on steroids. It’s going to be a very interesting time.”

Another area of tech-enabled shopping changes likely to take off in the post-COVID era are so-called frictionless experiences that can reduce personal interactions at checkout—which suddenly emerged as a major point of contagion anxieties during the crisis—while speeding the experience for shoppers and ultimately providing data and cost savings advantages for retailers.

Shopic, based in Tel Aviv and New York, is developing a solution that does not require dangling cameras from store ceilings or shelf edges but rather is looking to retrofit existing shopping carts with computer vision and sensors. Raz Golan, who co-founded the company with Eran Kravitz, says Shopic—still partially in “stealth mode”—has raised $11 million to support its development, including a recent $7.6 million series A round.

“We’re working on a solution that will retrofit stores, is lightweight and quick, and won’t require a costly installation or extra computing power just to maintain or support the system,” Golan said in a recent interview.

A New York-based competitor, Caper Systems, has developed a proprietary cart that has made some similar claims. Caper’s carts have been rolling on the floors of some stores in New York for a few years now. Caper raised $10 million late last year.