As retailers visualize the near future of widespread technological advances in grocery, many picture autonomous vehicles dropping off groceries and robots mopping floors. But the true opportunity for sales growth in the grocery channel through technology upgrades might be sitting right above their deli counters.

While big name fast-casual restaurants such as McDonald’s and Wendy’s quickly made electronic menu boards the norm—and something that’s expected by the younger crowd—grocers that are still having employees climb ladders to change prices may be due for a menu board revamp.

Indeed, it’s never been a better time for retailers to seriously consider electronic menu boards, as reductions in technology costs have made them accessible to grocers that could not have afforded them in the past, says Billy Koehler, director of digital and payment plans for Coca-Cola North America’s foodservice and on-premise team. Costs are dropping not only for physical monitor and mounting hardware, he explains, but also for internet connectivity and software license agreements, “making implementation more feasible and cost-effective for more retailers.”

To sweeten the deal, Joe Michaels, VP of new product development for Denver, Colo.-based store fixture company Tebo, urges that retailers can achieve a lightning fast return on investment for electronic menu boards, pointing to a case study the company conducted with Hazen, N.D.-based Krause’s SuperValu a few years back in which the three-store operator saw between an 8% and 22% bump in sales for items displayed “the day they were turned on.” 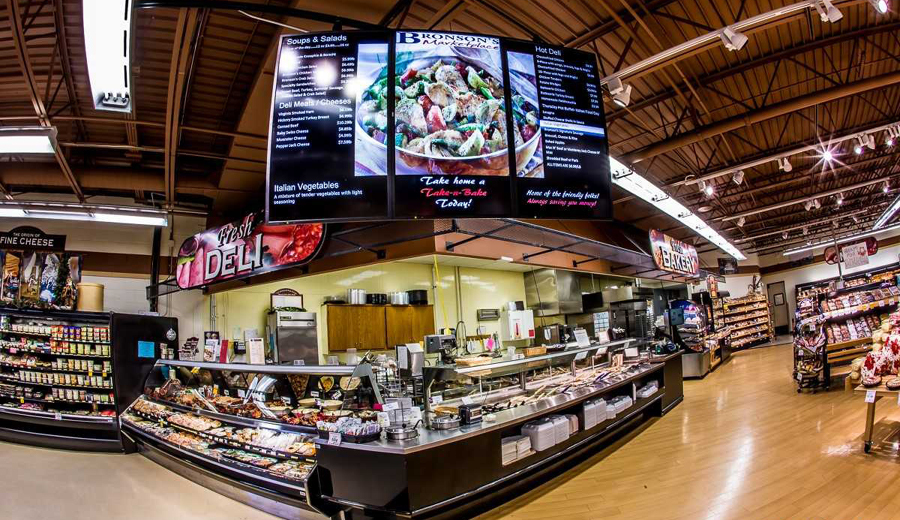 Breaking it down, Michaels says that for a smaller retailer doing about $5,000 in the deli section per week, a 10% increase in sales facilitated by an electronic menu board would translate into an additional $500 per week, meaning the $2,000 to $3,000 equipment could be theoretically paid off in less than two months.

Deli Manager Michael Bergeron, who works at single-store, Baton Rouge, La.-based Reeves Market, also attests to the instantaneous success of the devices after installing his setup through Tebo in April.

“It's been like night and day,” Bergeron enthuses, adding that customers “went ecstatic” when the boards were installed and has allowed him to “represent the products that we sell and even put pictures of the employees up there, while there are no longer any questions about ‘How much does this cost?’”

In addition to catching shoppers’ eyes, electronic menu boards that display graphics and videos can also occupy their minds and reduce perceived wait time as they stand in line. 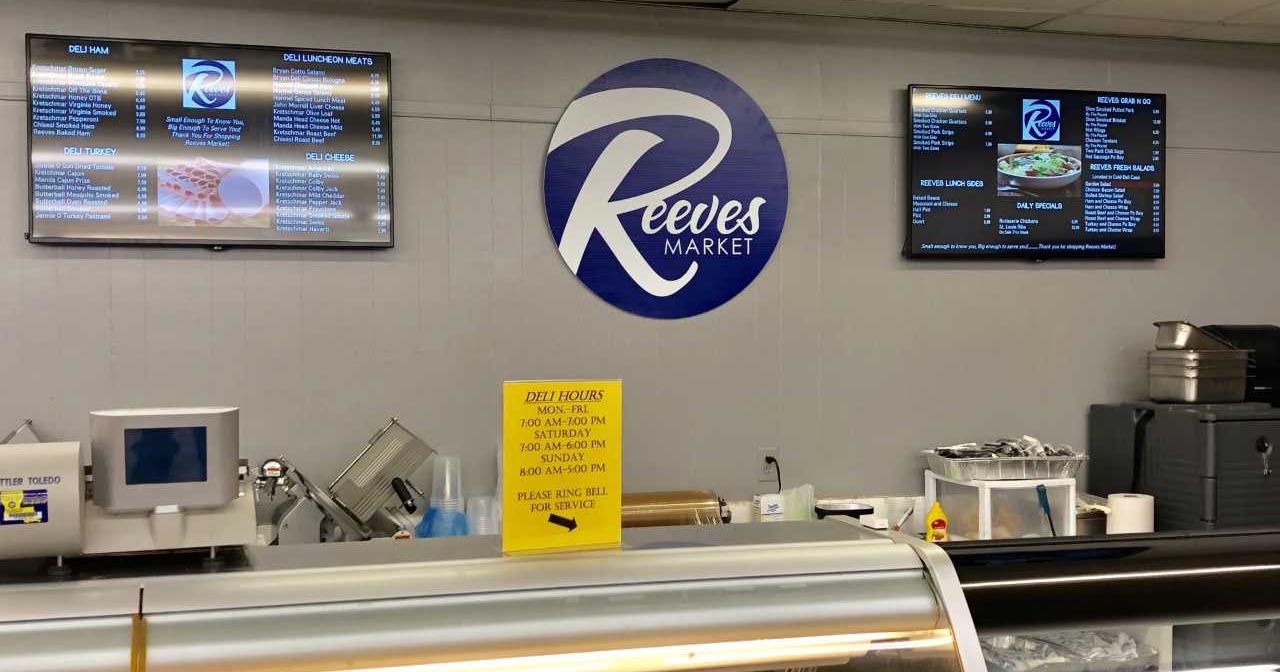 Michaels cites the example of a deli counter around lunch time. “There’s four people ahead of you and you’re just staring at the same stagnant, 69-cents-per-pound shrimp sign versus an entire menu board that’s got full motion video and beautiful tempting pictures of what the food looks like.”

Reeves Market’s Bergeron adds that he’s seen customers look at the food images and say, “‘I didn’t know you had this,’” and also entices his customers with videos, such as a chef lifting the lid of smoker to display different cuts of meat. “It’s things like this that attracts attention, as well as attracting business, and that’s what we're here for,” he says. “Anything that will help me increase my sales always helps me out.”

In addition to showcasing food, digital capabilities allow grocers to “really start to think outside of the box when it comes to customer engagement,” advises Nizia Murshed, marketing associate at Sterling, Va.-based digital signage company Mvix, such as highlighting a “customer of the month.”

Bergeron has experimented with digital menu board capabilities in the short time he’s been using them in a variety of ways, including for a welcoming digital banner message he created for a Tebo associate during her recent visit to his store.

Displaying different products based on dayparts is another perk of the technology, Koehler says, pointing to promoting certain beverages at certain times of day.

However, Coca-Cola’s Koehler warns retailers not to get carried away and “lose sight of the purpose of a menu: ordering.” Despite digitized functions, he affirms, menus should be simple, clean and easy to read, since one of the most stressful parts of placing an order in a grocery foodservice setting is the thought of holding up line while trying to communicate with the associate.

This stress can be reduced, he says, by having a large, evenly space menu font and layout that limits points of distraction such as animations, slideshows and full-screen takeovers.

“While these can be engaging and effective in some applications,” Koehler continues, “your customers may have to restart their search every time the animation takes over the screen they’re browsing.”

No doubt, electronic menu boards are enjoyable for shoppers, but they also most certainly make grocers’ lives easier by reducing labor as well as streamlining price changes and other processes.

Historically, innovation has been centered around the customer experience, which, says Koehler, has recently seen a shift toward technology that focuses on business owners and managers.

As such, Coca-Cola’s digital signage, Neko, is designed to “put menu management in the hands of retail managers,” who are able to know when the roast beef has run out on the Control mobile app, for instance, and quickly be able to remove all items containing the item from the menu while also dynamically re-sorting its layout to maintain its look and feel.

Tebo’s technology has a similar function, and as soon as they technology was implemented Bergeron, who had a red beans and rice special at the time that ran out quicker than expected, was able to remove it from the menu at the touch of a button on his smartphone.

An up-and-coming technology for electronic menu boards is built-in beacon technology, says Michaels, which allows retailers to send push notifications indicating things such as “chicken just came out of the oven,” or “we have hot pizza ready now,” straight to their smartphones if they have the store app.

With electronic menu boards providing so many proven benefits to shoppers and retail managers alike, Michaels believes it’s a “no brainer” solution for grocers, whom he advises to no longer wait for additional evidence about their validly before diving to showcase their retail foodservice offerings in a whole new light.