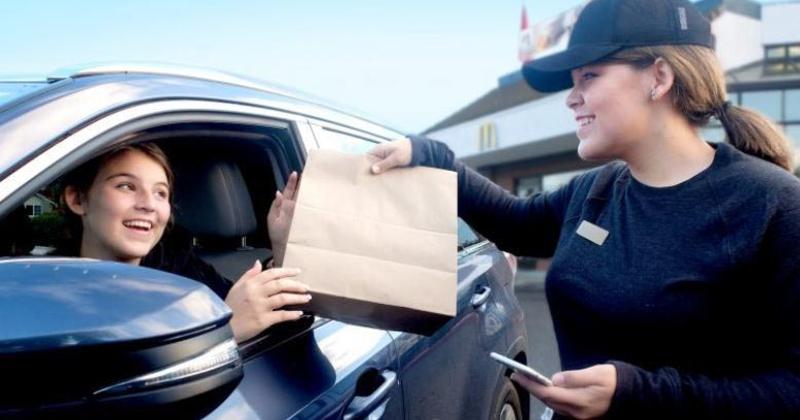 Silicon Valley startup Curbside, which was founded in 2013 by former Apple experts in location services, has become Rakuten Ready. The new name for the frictionless, mobile order-ahead solutions provider for thousands of stores and restaurants comes one year after it became part of the Rakuten Inc.

The location-centric mobile commerce platform—which connects stores and restaurants with mobile customers and makes ordering ahead and picking up food or merchandise easy and efficient—works with retailers such as Kroger, CVS and Nordstrom, and restaurant chains such as Pizza Hut, Chick-fil-A and Chipotle to scale their order-ahead programs.

Company officials said the new Rakuten Ready moniker reflects its promise “to reward consumers with the speed and convenience of online shopping, and the instant gratification of getting what they want right now.”

Rakuten Ready CEO Jaron Waldman, who co-founded San Mateo, Calif.-based Curbside, noted that in an era where “minutes matter to consumers in their everyday lives,” Rakuten Ready will enable “even greater mobile experiences on an even bigger scale.”

In a recent blog post, Waldman said Curbside’s name transformation “reflects our continued dedication to exceptional order ahead experiences, as well as our new home at Rakuten Inc., and the brand power that is in our shared DNA—rewarding consumers with the time back and enabling merchants with industry-leading e-commerce tools to provide it to them.”

Regardless of if a customer is “waiting in line to order food, to checkout or trying to find something across many aisles, technology can improve these experiences,” Waldman wrote, adding that Rakuten Ready gives “shoppers that time back, with the first platform that puts together a seamless online shopping and a great fulfillment experience when the customer arrives at the store.”

Rakuten Ready’s proprietary, predictive arrival technology streamlines order fulfillment and enables merchants to scale their order-ahead programs and deliver products to customers at the exact moment they’re ready for them.

“It has been exciting to watch Jaron and his team grow the business and integrate into the Rakuten ecosystem, providing greater convenience to our network of merchants and members,” Mickey Mikitani, Rakuten Inc. president and CEO, said in a statement. “Rakuten Ready embodies the spirit of omotenashi, or Japanese hospitality, where merchants are now reaching customers in surprising and delightful new ways.”

Rakuten, which acquired Curbside in June 2018, was founded in Tokyo in 1997 as an online marketplace. It has since expanded to offer services in e-commerce, fintech, digital content and communications to more than 1.2 billion members around the world. The Rakuten Group has more than 15,000 employees, and operations in 29 countries and regions.