Despite some high-profile supplier departures and a belief among at least some in the industry that stores might be better served dealing with fewer suppliers, consumer shopping trends portend a continued increase in direct-store delivery as a means of stocking store shelves—a mixed blessing of sorts for retail.

Direct-store delivery (DSD)—the practice of suppliers using route drivers to stock and merchandise stores, as opposed to a controlled or third-party warehouse making the deliveries and then store employees stocking and merchandising—is often the fastest avenue to the variety today’s shoppers demand. But it can often result in a business that’s difficult to manage and potentially damaging to customer loyalty when out-of-stocks occur.

“Consumer demand is leading to SKU proliferation, which is leading to out-of-stocks, which is driving consumers out of the store,” says Randy Fields, CEO of Murray, Utah-based Park City Group, the parent of Repositrak, a platform dedicated in part to reducing the troubles Fields describes. “The more you want to take care of customers, the more they want to leave.”

Fields nonetheless is a believer in DSD, with all its potential conundrums. DSD’s issues, he argues, have risen along with a move to a “consumer-centric” business environment in which retailers are no longer necessarily doing things to benefit their own processes but to serve an evermore demanding consumer. In many cases, this means carrying more slower-moving specialty and local items in stock, often provided through direct distributors.

In the past 10 or 15 years, for example, categories such as mustard have exploded from 15 or 20 SKUs to 200 in some stores. “While some customers like me may like French’s, my children want non-GMO, locally grown, mixed in the bathtub on the weekend from [a small supplier], because they think that’s a better brand,” Fields says. “That trend is driving more and more local and regional opportunities, and the best way for a local or regional distribution is DSD.”

Stores, likewise, have seen DSD providers proliferate concurrently. This can create pressure on in-store labor and lead to more mistakes in keeping track of what’s in the store. “When Amazon has fully implemented next-day delivery, this will go from painful to crisis,” Fields says. “The only reason to go with a physical retail store now is the convenience of getting it today. Pretty soon people will only need to wait until tomorrow. Two days is a whole different world than one. That could be a game changer.”

“Conceptually, DSD is a win-win,” Fields says. “It’s good for the retailer because there's definitely less overall labor, and it’s good for the manufacturers because it’s a fast, effective route to market. It's not a bad idea—but it has to be managed.

Our argument is to say to distributors, “You’re a virtual retailer—you can’t expect the retailer to do anything with it, you have to. We’ll give you as good visibility into the store as the retailer has in their own distribution centers,” Fields says.

Fields describes Repositrak as providing “fire prevention” for DSD items in stores. GlobalWorx is more like a fire department.

Founded by Bill Lecznar, a former Delhaize America operations executive, Richmond, Va.-based GlobalWorx provides a communication platform that Lecznar says unites trading partners that often have disparate means of finding and addressing issues when it comes to DSD, such as out-of-stocks. Based on agreed-upon terms between retailers and suppliers, the platform provides a system for partners to exchange messages with one another and can automatically escalate them based on their severity.

This, Lecznar says, is a cure for retail store managers whose typical response to a DSD out-of-stock—when it’s even noticed—is  simply to wait until the route driver makes a next visit.

“From an industry standpoint, you have all these retailers developing their own programs. You have every supplier out there, for the most part, developing their internal programs and there’s not one communication platform that brings it all together,” he says. “This is an industry issue that one retailer can’t fix and one distributor can’t fix. There has to be a platform that brings it together.”

Over time, aggregated data recognizes common issues and patterns and can highlight specific issues and sales differences from one location to the next, Lecznar says. It is common for even neighboring stores to have vastly different patterns. 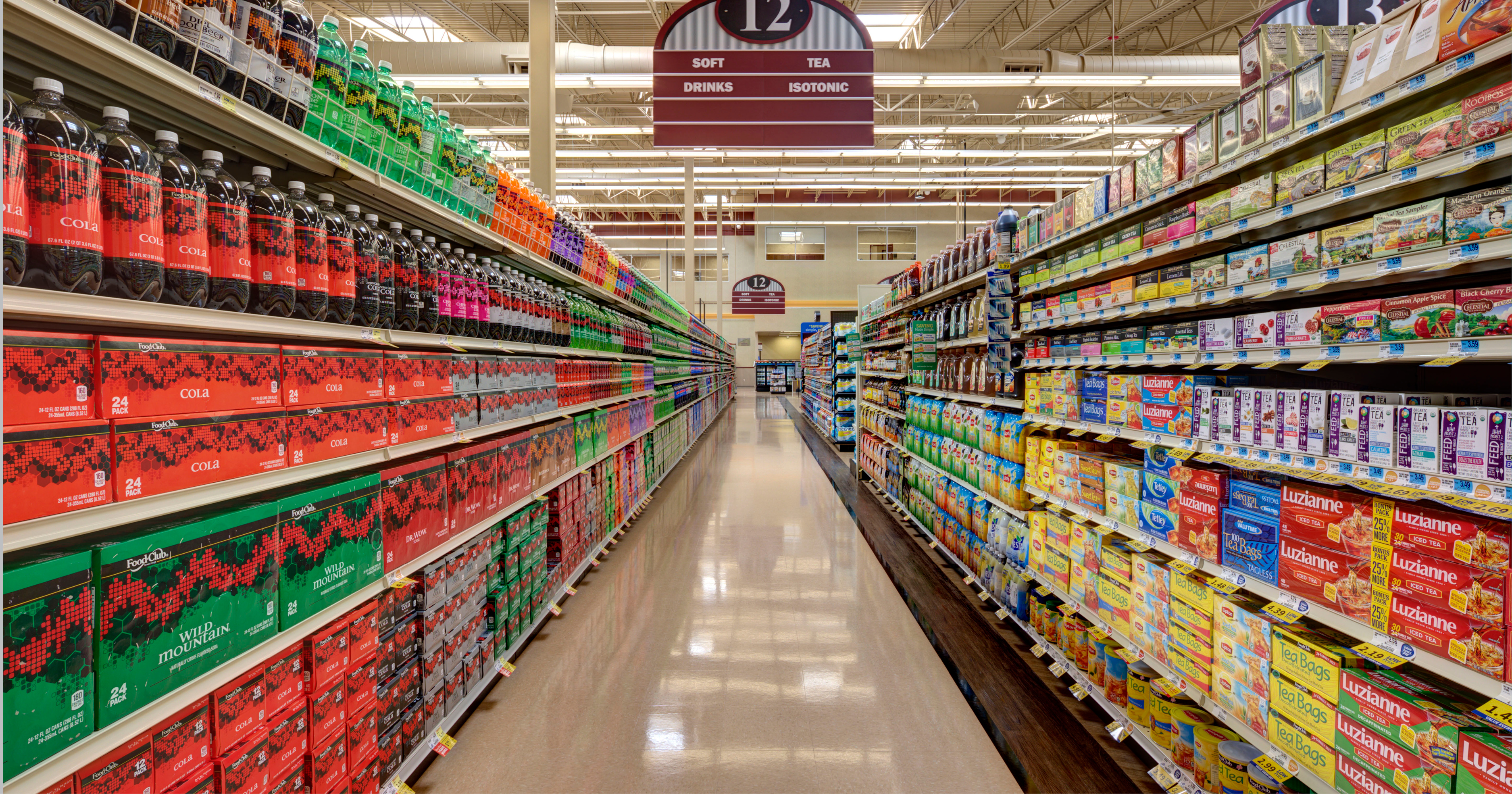 Lecznar estimates retailers can lose 4% of their sales every year simply from common items being out of stock or not readily available on shelves, while companies participating in the program—Southeastern Grocers is one—saw DSD category sales increase by 3.5%. “That’s a lot of money,” he says.

Other tech providers have turned attention to ordering and receiving DSD orders, such as Itasca, whose software links electronic receiving of high-volume DSD products to the real-time forecasting and computer-generated ordering.

In the Age of Big-Brand Cost Cutting

The proliferation of DSD—and the subsequent expansion of technologies built to support and optimize its use—is at odds with some recent moves among large CPG firms to switch to warehouse distribution.

Earlier this year, Nestle said it would dismantle its organization providing direct delivery of frozen items—primarily meals and snacks. That change follows a trend among some CPG brands, including Kellogg’s, which dropped DSD for its cookies and crackers business in 2017, and frozen food manufacturer Schwan’s.

Speaking at a presentation in Arlington, Va., Nestle USA CEO Steve Presley said historical advantages of DSD for the manufacturer “no longer exist,” including speed to shelf and the opportunity to build displays. The move also responds to changes in how its largest customers are approaching merchandising.

“The reality today is that retail environments have consolidated, and retailers have become more sophisticated at controlling their space,” Presley said. “They have really gotten tight around plan-o-grams so there’s no incremental space for display. And the unique thing for frozen that people with ambient DSD don’t have to deal with is that we need a freezer for display. We can’t just go build displays around the store.”

The move will break down a massive network Presley described as “highly complex and extremely costly,” including 4,000 employees, 230 warehouse facilities and 1,400 trucks making about 3 million deliveries a year. The savings will free up cash that can be invested back into the products, he said.

Rick Shea, president of Minneapolis-based Shea Food Consultants, says DSD will not likely disappear from all categories in the store, noting that faster-moving items with short shelf lives, such as bread, or items with weight concerns, such as beverages, would likely keep using route delivery. But he said cost concerns sweeping the CPG industry and changes in how retailers go to market have rendered DSD too inefficient to be effective for some.

Fields, however, suggests that CPG companies making such decisions may ultimately see the costs they save accompany a decline in the sales of the products associated with them. Kellogg’s, which earlier this year announced a deal to sell the Keebler brand it yanked from DSD two years earlier, acknowledged the pending sale to Ferrero Group would provide the brand with a parent that could provide “the focus and resources to grow.”

“In the end, it gets rationalized,” Fields says. “They say, ‘Look at how much money we saved, and look at how the category shrunk since we withdrew DSD.’”