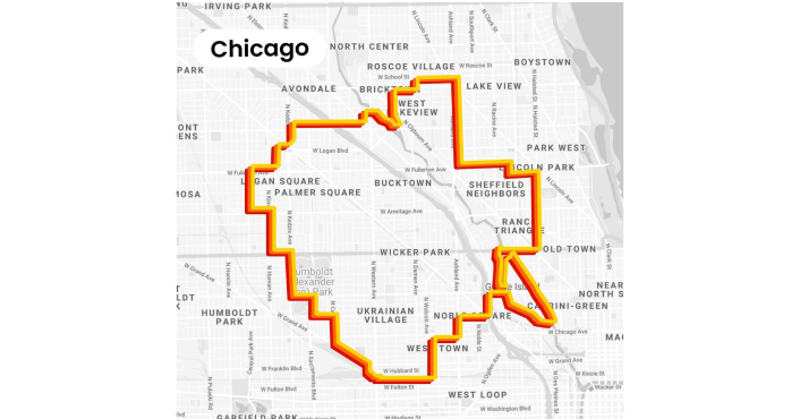 The city that was home to "Planes, Trains and Automobiles" now also has Buyks and a Rocket.

Food Rocket, an ultrafast grocery delivery startup that launched in San Francisco last year, announced the launch of delivery service in Chicago, where it will compete with a growing number of "on-demand" grocery delivery providers, including Go Grocer, Buyk and Getir. The company set an ambitious target of opening around 160 dark stores in the Windy City by the end of 2022 and said it plans to invest more than $15 million its Chicago expansion, including the opening of a new Chicago headquarters office.

"Even though Chicago is an extremely competitive market, we plan on moving the entire team there," Food Rocket founder and CEO Vitaly Alexandrov said in a statement. Chicago's population of around 2.7 million residents, combined with a relatively high population density, make the city a solid strategic choice for Food Rocket's expansion, according to the company.

Food Rocket said its 10- to 15-minute delivery service in Chicago will reach residents in the city's West Loop, Gold Coast, Wicker Park, Lincoln Park, South Loop and River North neighborhoods, covering more than 600,000 households by year's end if all goes as planned. Delivery is available from 8 a.m. to 11 p.m., and for a limited time, the company is offering its first Chicago customers no delivery fee and no order minimum. Food Rocket's app can be downloaded via Apple's App Store or Google Play.

In California, 60% of those who tried Food Rocket ordered a second time, and average basket size was $30, according to the company.

Alexandrov, who founded a CRM marketing agency in Moscow and has launched demand-prediction and supplier relationship management platforms for restaurants and food retailers, debuted Food Rocket in 2021. The company's AI-powered tools allow it to "forecast demand and optimize delivery time by predicting the closest dark store that offers the fastest delivery time and the lowest costs of putting together and delivering the order," Alexandrov stated on LinkedIn.

Food Rocket's Chicago debut will create more than 2,000 jobs, including full-time employment available to all riders, according to the company. The company is now hiring delivery specialists, shift leads and supervisors and is offering sign-on bonuses as well as a $500 referral bonus.