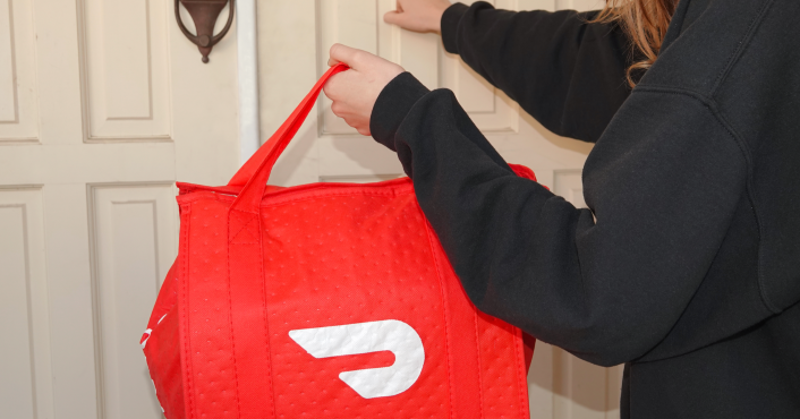 DoorDash is entering the ultrahot market for ultrafast delivery, announcing that it's launching 10- to 15-minute delivery service in New York City from its DashMart convenience-store concept.

The offering debuts Dec. 6 from a new DashMart location in Chelsea, with "more locations and partners coming over the next few months," according to a news release from San Francisco-based DoorDash. Among those new partners will be other retailers, DoorDash indicated: "Consumers increasingly expect an effortless, enjoyable experience, so while we are starting with DashMarts, our goal is to expand this offering to select grocery and convenience partners," DoorDash President Christopher Payne said in the release.

DashMart, which launched in eight cities in 2020, offers some 2,000 fresh and frozen grocery items as well as pantry staples and household essentials for delivery. Customers in the Chelsea DashMart's delivery zone can place an order from 7 a.m. to 2 a.m. daily through the DoorDash app or website.

The sub-30-minute grocery delivery market in the U.S. is currently most hotly contested in New York and is dominated by relatively new names in delivery—Gorillas (out of Germany), Buyk (out of Russia), Fridge No More and Jokr, to name a handful. Eight-year-old DoorDash brings not just nationwide name recognition but also an established infrastructure to the quickly evolving marketplace.

DoorDash's move into ultrafast delivery also flexes competitive muscle against the likes of Instacart, which announced a 30-minute delivery offering in partnership with Kroger Co. in September. Kroger Delivery Now,  available 24 hours a day, features an assortment of 25,000 items sourced from Kroger stores and available through a "virtual convenience store" on Kroger's and Instacart's respective websitew and apps. In the weeks following the Kroger Delivery Now launch, Instacart announced 30-minute-delivery partnerships with other grocers, including Giant and Publix.

"As the largest and most reliable logistics network in the U.S., DoorDash is positioned to enter this emerging industry and provide consistent quality, speed and convenience that customers know and trust," Payne said in DoorDash's news release. "Many New Yorkers already turn to DoorDash for their next meal or essentials purchases, which puts us in an exciting place to deliver on the promise of ultrafast delivery."

Also in Monday's announcement, DoorDash said it's establishing DashCorps, a DoorDash company, to employ full-time courier employees. DashCorps employees will work regular schedules and use a new work-management app designed "specifically for their unique work, which includes job responsibilities beyond delivery," according to the company. DoorDash didn't elaborate on those additional job responsibilities but noted that DashCorps roles come with medical, dental and vision benefits.

The company additionally said it's creating a small-business advisory council in New York that will "help inform our future partnership with the city's small businesses, inclusive of bodegas." Some bodega owners have expressed concern for their future of their businesses as so-called ghost grocers pop up throughout the city.