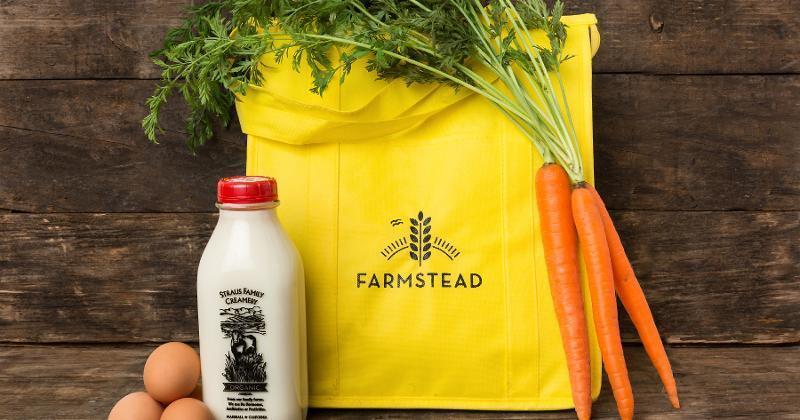 After a successful trial in the San Francisco Bay Area, online grocer Farmstead is expanding its grocery reorder program to all of its existing and new markets.

The Refill & Save program lets customers of the Burlingame, Calif.-based ghost grocer tag their most frequently ordered items and save 5% each time they reorder that item. In a news release, Farmstead said it's partnering with national and local CPG brands to "surface" selected products as recommended items that shoppers can add to their Refill & Save lineup.

"Refill & Save is a powerful way for both national and local CPG brands to promote their products to Farmstead’s customers nationally who enjoy prices that are the same or lower than traditional grocers and free same-day delivery," Farmstead co-founder and CEO Pradeep Elankumaran said in the release.

Eighty percent of Farmstead customers shop with the service weekly, according to the company. "I think that’s just a testament to really the ease and convenience that they find," Farmstead Head of Business Development Linda Lee said in an interview.

Farmstead currently operates in the Bay Area and Charlotte and Raleigh-Durham, N.C. In April, the grocer announced a profile-boosting delivery partnership with DoorDash, and in May, Farmstead announced it will be up and running in Austin, Texas, by midsummer. The company plans to be operating in more than a dozen markets, including Nashville and Miami, by the end of the year.

"One of the main learnings I think we're seeing, and we really believe will continue going forward, is that customers’ expectations will only continue to rise in terms of, one, the quality of product that they have access to online, and two, getting that on-demand, same-day delivery when they want it," said Lee.

"For Farmstead, we focus on the midmarket grocery shopper who on average is hitting three to four grocery stores a week," Lee continued. "We know that our customers are also going to be shopping elsewhere, but we want to capture as much of that basket as possible, especially when it comes to the weekly staples, the perishable items that you know you’re going to need and want."