Furthering its quest to reinvent the grocery sector, Farmstead has partnered with autonomous delivery van company Udelv to make grocery deliveries via self-driving vehicles on select routes in the Bay Area. The AI-powered digital grocer launched the pilot program in September, with plans to expand to other markets, company officials announced Oct. 29 at Groceryshop 2018 in Las Vegas.

“While many services have talked about making deliveries via autonomous vehicles, Farmstead is actually doing it,” Farmstead CEO and co-founder Pradeep Elankumaran said in a statement. “We envision a future where autonomous delivery is the norm in our space rather than the exception.” 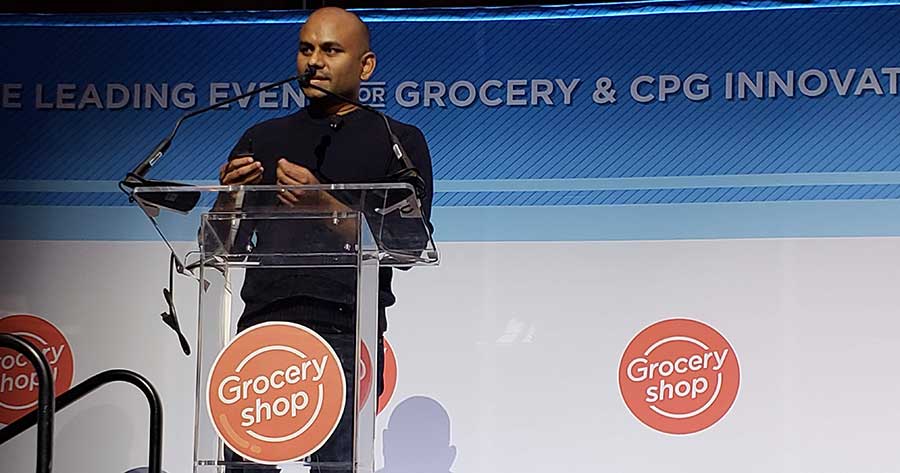 Through the pilot program, customers who have opted for autonomous delivery are notified via text message once the vehicle pulls up to their door. They are then instructed to tap a code they received via SMS to open the vehicle’s compartment to retrieve their groceries. Once empty, the compartment closes and the vehicle is routed to the next delivery.

“This technology will help us be more efficient, enabling us to get fresh groceries into our customers’ homes even faster and cheaper than before,” Elankumaran said. “Customers who have already experienced our autonomous vehicle delivery have been blown away. With Udelv’s help, we can’t wait to bring it to all our service areas.” 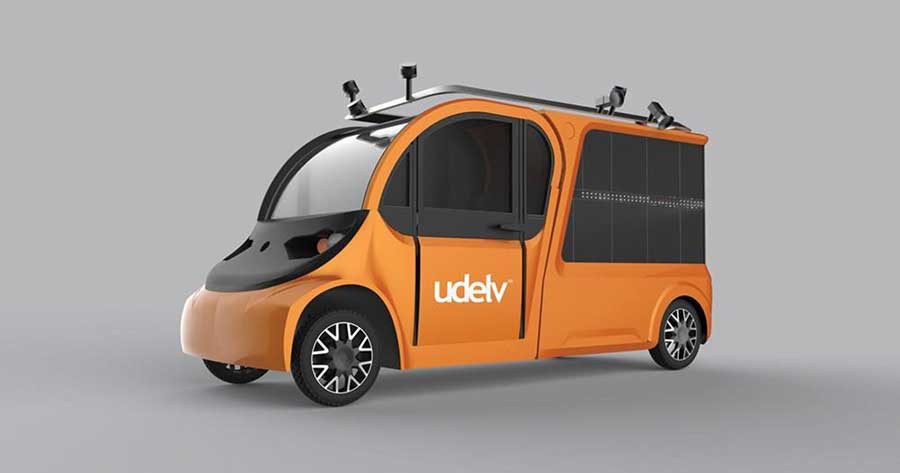 Farmstead launched in the Bay Area in October 2017, touting an AI-powered proprietary software that is designed to reduce food waste by predicting its customers’ habits to know precisely how much food to order from local sources.

Farmstead’s partnership with Udelv serves as an extension of the company’s mission to provide an efficient, eco-friendly grocery experience.

“Farmstead moved quickly to take advantage of the benefits of autonomous vehicle delivery,” said Udelv CEO Daniel Laury. “We were able to get our pilot up and running in just a few weeks. We’re really excited to be working with such an innovative partner, as we think grocery delivery is a perfect use case for Udelv’s self-driving vans—getting fresh and sometimes delicate items to customers quickly.”

Udelv successfully completed the first-ever autonomous delivery on public roads in January. It has since completed more than 800 deliveries for multiple merchants in the San Francisco Bay Area, with plans to expand to other states.

The company in September inked a deal with Esperanza Real Estate Investments and Narnia Road to supply the Buy For Less family of supermarket brands with self-driving delivery vans to fulfill online grocery orders.

The Kroger Co. also launched a pilot fleet of autonomous delivery vehicles in August in Scottsdale, Ariz., in partnership with robotics firm Nuro, which said it plans to introduce its custom R1 driverless vehicle—a van with delivery compartments—this fall.