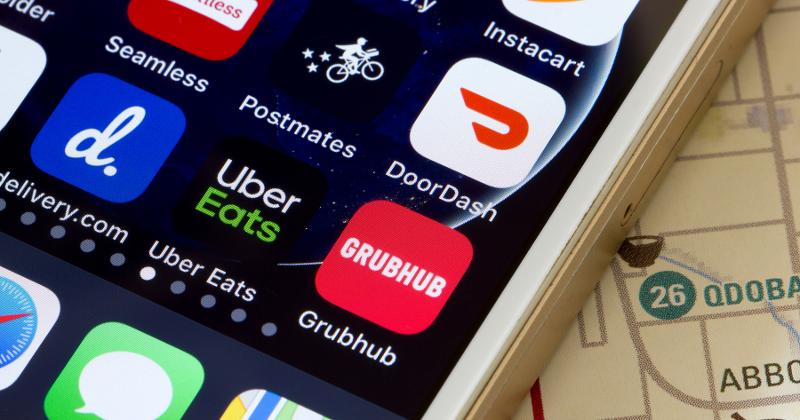 The FTC plans to combat what it called unfair and and anticompetitive labor practices at gig companies. / Photograph: Shutterstock

The Federal Trade Commission on Thursday approved plans to do more to protect the rights of delivery people, ride-share drivers and other gig workers, raising a new threat to the business models of companies like DoorDash and Uber Eats.

In a new policy statement, the agency said it would “use its full authority” to crack down on “unfair, deceptive and anticompetitive practices” among gig companies, which rely on pools of contract workers rather than full-time staffers to fulfill their services.

The FTC said it would act to prevent those companies from perpetrating harmful practices such as deceiving workers about pay and hours, misrepresenting the flexibility of gig work and limiting their bargaining power.

It also said it would investigate anticompetitive practices, including evidence that gig companies have conspired to fix wages and benefits for gig workers.

It represents a new pressure point for third-party delivery companies, which have faced a barrage of restrictions at state and local levels but have been largely untouched by federal regulators.

But as the gig economy continues to grow rapidly, the feds are taking note. The FTC said 16% of Americans report earning money through gig work, and that the industry is expected to generate $455 billion next year.

Gig work supports services like ride-hailing and restaurant and grocery delivery. Over the past few years, it has had a transformative impact on the restaurant industry, which came to rely more heavily on delivery during the pandemic. Third-party delivery companies like DoorDash, Uber Eats and Grubhub have reaped the benefits, but they have also faced attacks on their business model, which depends on contract workers using their own vehicles to deliver restaurant food, groceries and other products.

There have been efforts in California and Massachusetts, for instance, to reclassify those workers as full-time employees, and Seattle this summer approved a bill that would mandate higher wages for delivery drivers.

The delivery companies have argued that changes to their labor model would force them to reduce their services and charge customers more. They also say couriers value the flexibility of the job, which allows them to work whenever and wherever they want.

“During today's (FTC) meeting, we heard from workers and advocacy groups emphasizing how app-based work provides flexibility and independence that lets millions of people earn additional income on their terms,” said Kristin Sharp, CEO of Flex, a group representing app-based ride-share and delivery companies. “What’s missing from the FTC’s policy statement is the perspective of those very workers the agency seeks to protect. We welcome an open dialogue with the FTC so we can share more insights into the ways our members support app-based earners and their communities.”

But the FTC said in its policy announcement that the companies’ promises around work assignments, earnings and costs can be misleading, and that it would hold them accountable for their claims.

The agency added that it would execute its new policy regardless of how gig workers are classified.

“No matter how gig companies choose to classify them, gig workers are consumers entitled to protection under the laws we enforce,” said Samuel Levine, director of the FTC’s Bureau of Consumer Protection, in a statement. “We are fully committed to coordinating our consumer protection and competition enforcement efforts within the FTC as well as working with other agencies across the government to ensure gig workers are treated fairly.”

The five-member Commission voted 3-2 during an open meeting Thursday to adopt the new policy.