An unprecedented focus on fruits and vegetables is lightening, brightening and elevating the healthfulness of foodservice menus across the country.

As plant-based foods and produce as center-of-the-plate fare continue to resonate with health-conscious consumers, foodservice operators from supermarkets to fast-casual and fine-dining establishments are menuing more and more produce.

“Center-of-the-plate vegetables continue to emerge on the menu,” according to Chicago-based Technomic Inc., a Winsight company, in its 2019 Center of the Plate Seafood and Vegetarian Consumer Trend Report. What’s more, 34% of consumers and 40% of women strongly agree they’d be likely to order dishes made with vegetables instead of carb-rich items, if available (e.g., cauliflower pizza crust, zucchini noodles, etc.), according to Technomic’s 2018 Healthy Eating Report.

When it comes to today’s hottest produce trends in foodservice, Technomic finds that vegetables such as cauliflower, which functions well as both a carb and a meat substitute, are wildly popular. And while other veggies—including kale, Brussels sprouts and sweet potato—remain sought-after superfoods, “consumers appear to be ready for something new,” says the Technomic 2019 report, which sees carrots and legumes/pulses, among other items, increasingly on the menu.

What follows are seven vegetables trending heavily in foodservice today.

Earthy, nutritious and satisfying, beets have become increasingly popular in recent years. Beyond sides and salads, beets are also used in plant-based burgers to lend a “bleeding” effect, along with a healthy dose of nutrients.

“Chefs are discovering the versatility of carrots and other non-meat ingredients,” according to Technomic’s 2019 Consumer Trend Report, which cites New York restaurant Narcissa, which created a buzzworthy Carrots Wellington using the flavorful root vegetable instead of beef in the pastry-encrusted classic. 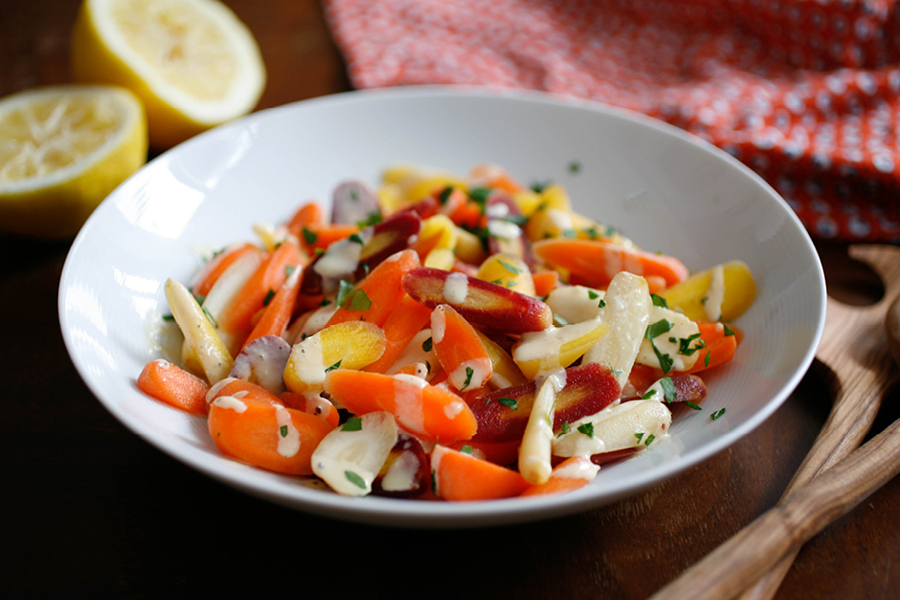 Grimmway’s newest products in its foodservice lineup include rainbow baby and shredded carrots. With a growing number of grocery retailers offering meal solutions and kits in the deli department, retail foodservice has become a growing segment of Grimmway’s foodservice business, McNeece says. “Given that many consumers are shifting their preferences toward plant-based diets, now is a very exciting time to be in the produce industry, and the sky’s the limit,” she says. “The latest trends in foodservice aren’t focused on one particular item but on many, and flavor is a huge component when it comes to selecting fruits and vegetables as the lead ingredients in entrees and other dishes.”

Mashed, riced, sliced or grilled, cauliflower is an easy, low-carb substitute for potatoes, rice meat and more. It’s increasingly appearing on foodservice menus as a pizza crust or a base for a bowl where rice or pasta traditionally would have been featured.

An increasingly popular source of plant-based protein, legumes are lighting up scores of foodservice menus and prepared foods departments. 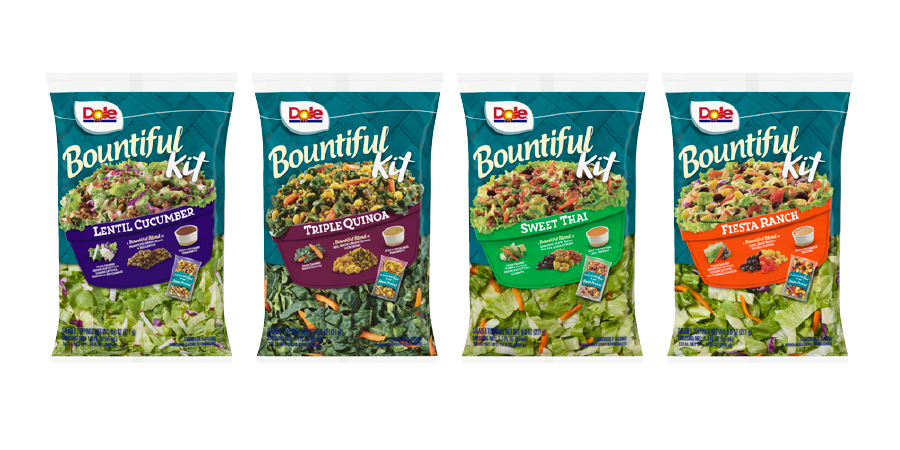 Dole Food Co., Westlake Village, Calif., recently debuted a four-variety line of Dole Bountiful Kits featuring plant-based proteins including edamame, chickpeas, quinoa and lentils. “Our research shows an increasing desire for clean eating; plant-based protein; paleo, vegan and flexitarian diets; ketogenic foods; and a preference for complete calories over empty calories, says Bil Goldfield, director of communications for Dole. “This trend is evident by the fact that a full third of Americans now consider themselves to be flexitarian, meaning they are actively incorporating more plant-based protein into their diets.”

A top trend at this year’s food shows and recently named an “It” vegetable by The New York Times, mushrooms are making headlines for their culinary, medicinal and nutritional prowess.

The Produce Marketing Association, Newark, Del., points to the Winter 2019 Datassential Fresh Foodservice Report, which finds the four-year growth of mushrooms on restaurant menus is something to talk about: Mushrooms are on the menu at 76% of fast casuals, 70% of quick-service restaurants, 38% of midscale dining, 29% of fine dining establishments and 25% of casual dining.

Versatile rutabagas are often used as one would potatoes or turnips, according to the United Fresh Produce Association. It sees the increasing popularity of this vegetable throughout foodservice channels.

Another highly versatile vegetable thanks to its mild flavor and quick cooking, zucchini is both a stellar addition and carb alternative in a vast array of dishes. According to the United Fresh Winter 2019 Fresh Foodservice Report, zucchini has experienced four-year growth on restaurant menus across the board. The penetration percentage of restaurants menuing zucchini is up most among midcasual (31%), casual (32%) and fine-dining (33%) restaurants.

“As consumers become increasingly health-conscious and struggle with allergies like gluten intolerance, operators are also leveraging zucchini for trendy concepts like spiralized noodles and veggie chips,” the report says.

United Fresh finds that plant-forward cakes and desserts—anything from avocado chocolate pudding to blueberry and pomegranate vegan cheesecake—are stealing the show in foodservice.

When asked in a Datassential survey why they eat plant-based foods, consumers were most likely to say it’s because plant-based foods are healthy. “Fresh fruits like blueberries and avocados are widely considered superfoods due to their high levels of antioxidants, and leveraging them for a dessert often associated with indulgence, like cakes, can bring fresh appeal to health-conscious consumers,” according to the United Fresh Winter 2019 report.

Sensationally seasonal, cherries are a sought-after fruit for scores of consumers every summer. Foodservice operators are getting creative and finding new ways to leverage cherries beyond dessert applications, according to United Fresh. Cherries are a fan favorite in a variety of dishes, from salsas to marinades to sauces and salads.

Coconut, turmeric, ginger and almonds are also top trending ingredients in foodservice. Cincinnati-based Kroger expanded its Easy for You program in September 2018 to include self-serve stations featuring fully prepared frozen seafood, meat and side dishes for $7.99 a pound in hundreds of its stores. Among its side dishes are Coconut Turmeric Rice, Mushroom Truffle Risotto and Cilantro Lime Rice.

Several Wegmans stores offer the Wegmans Nutty Professor Salad, which is brimming with produce such as carrots, zucchini spirals, nuts, peppers and greens, with a turmeric and ginger dressing.

Guava is increasingly popping up in foodservice applications from desserts to breakfast dishes and beverages. High in vitamin C and bright in color, guava adds a nutritional, colorful boost to a variety of culinary experiences, including Frisco, Texas-based Jamba Juice’s Gotta Guava smoothie, made with guava juice, peaches, pineapple sherbet and strawberries.

Another seasonal favorite, watermelon is set to take foodservice by storm. The National Watermelon Promotion Board (NWPB) in Winter Springs, Fla., is on a mission to capture new consumer outreach opportunities in 2019.

As part of its efforts, the NWPB hopes to leverage the plant-based trend. “Plant-based plates are a culinary megatrend we can use to position watermelon for foodservice,” says NWPB Foodservice Director Megan McKenna, pointing out that her organization will participate in the Culinary Institute of America’s Global Plant-Forward Culinary Summit to get watermelon in front of food distributors and restaurant operators who are implementing these trends.