Grabango, a technology allowing shoppers to skip checkout lines and retailers to efficiently benefit from the data they leave behind, announced its U.S. commercial launch today at a Pittsburgh-area Giant Eagle GetGo Cafe + Market store.

Officials heralded the event as a knockout victory for computer vision over the conveyor belt. Enabled by a series of ceiling-mounted cameras that feed machine-learning computers, Grabango watches both items and customers in-stores and tallies what they put together, allowing shoppers to pay with a simple scan of their phones in a style similar to that pioneered in Amazon’s breakthrough Go stores.

Unlike Amazon, which built its Go stores around the technology, the GetGo store represents what officials said was the first true retrofit in the industry, operating seamlessly with the store’s preexisting planogram and merchandise mix and installed with no interruptions in store service or operations.

“We’re excited to bring checkout-free technology to our Pittsburgh-area shoppers. With Grabango, our GetGo guests are able to get in, get out and get going even faster with a more convenient, contactless shopping experience,” said Laura Karet, president and CEO of Pittsburgh-based Giant Eagle. “We look forward to success at our Fox Chapel GetGo and to rolling out more Grabango-powered convenience and grocery stores in the near future.” 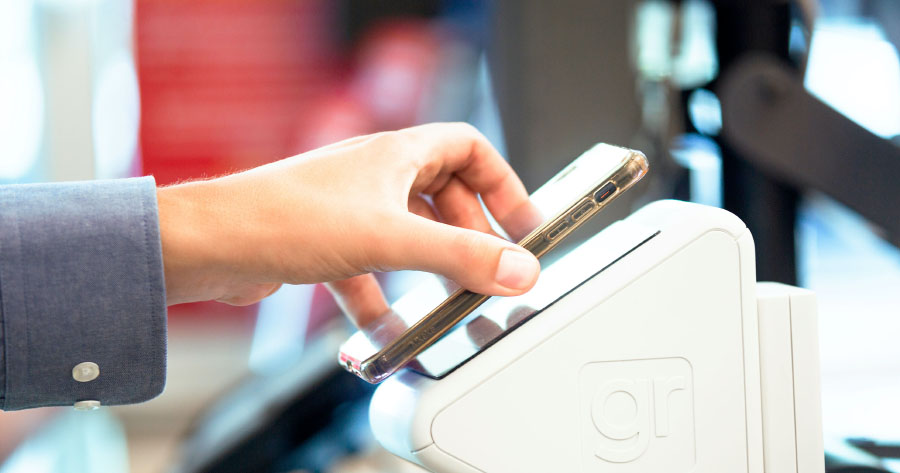 Grabango and Giant Eagle announced they were working toward a launch a little more than a year ago. The system, which has been described by Grabango CEO Will Glaser as an enterprise-grade “video-to-receipt generator,” was tested among invited participants and employees since then, learning where objects were stocked as they moved to and from shelves. At that time, the companies said they were exploring multiple payment options, including cash, but this morning’s announcement indicates GetGo is currently accepting payment only through the Grabango mobile phone app associated with a credit card.

The companies said they would soon launch at a second Giant Eagle location, and were at work on a massive 100,000-square-foot Market District store also in the Pittsburgh area, that they said would represent the largest checkout-free store in the world.

Shoppers using the app can enter the store normally and shop as usual. Grabango officials emphasize the system doesn’t use facial recognition but instead assigns a virtual “basket” to each shopper that tallies as they go. Shoppers can skip the checkout line and pay by scanning a code displayed on the Grabango app as they exit, which will generate an accurate receipt.

“From my own experience, the last time I had a sensation like this was walking out of an Uber for the first time,” Andrew Radlow, chief marketing officer of Berkeley, Calif.-based Grabango, told WGB, describing the altered shopping experience. “You almost feel as though you’ve forgotten something.”

The launch in GetGo accompanies the unveiling of the free Grabango app and an associated, consumer-facing website.

Radlow said Giant Eagle was most interested in improving the customer experience for shoppers but acknowledged its launch represents potential for the retailer to realize ancillary benefits ranging from inventory and labor savings to trip data and reductions in shrink and shoplifting, all of which can increase profits.

Glaser, whose previous claim to fame was creating the Pandora streaming radio app, said Giant Eagle has been a “fantastic partner” for its first commercial launch and said deployments with additional retailers were on the way, including several now installed but not yet announced. Grabango is among numerous young technology companies developing commercial retail applications around computer vision and payment. Rival AiFi said this summer it was expecting to bring its system to more than 300 stores in the next year. Standard Cognition, Zippin and Trigo Vision are also in the field, with the latter reportedly working with British retailer Tesco.

Grabango has raised $32 million in venture financing to accelerate its development and growth.