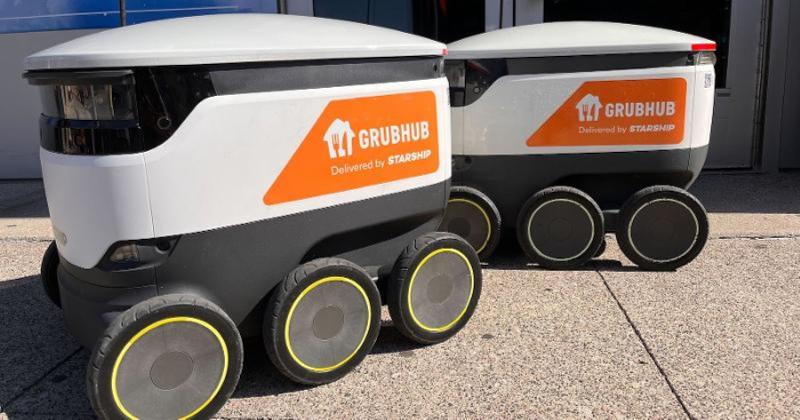 Grubhub has a presence at over 250 colleges and universities. / Photo courtesy: Grubhub and Starship Technologies

More robots may soon be zooming across college campuses.

The companies jointly provide delivery at five campuses, including the University of Kentucky and Wayne State University, but plan to add more campuses later in the year.

“Robot delivery solves the unique challenges of accessing hard-to-reach areas that come from operating on a college campus,” Adam Herbert, senior director of campus partnerships at Grubhub, said in a statement. “With Starship’s robots, students can enjoy a fun, new way to order their favorite meals right to their door—whether that be the library, their dorm, academic hall or another campus building.”

Grubhub, which has a presence at over 250 colleges and universities, previously partnered with Russian company Yandex to provide robot deliveries on U.S. campuses, but that partnership ended following Russia’s invasion of Ukraine. Last spring, it teamed up with robotics company Cartken for a delivery pilot on Ohio State’s campus.

Starship says its robots can go as fast as four miles per hour and carry a weight equivalent to three bags of groceries.

This story originally appeared in WGB sister publication Foodservice Director. It has been modified slightly.