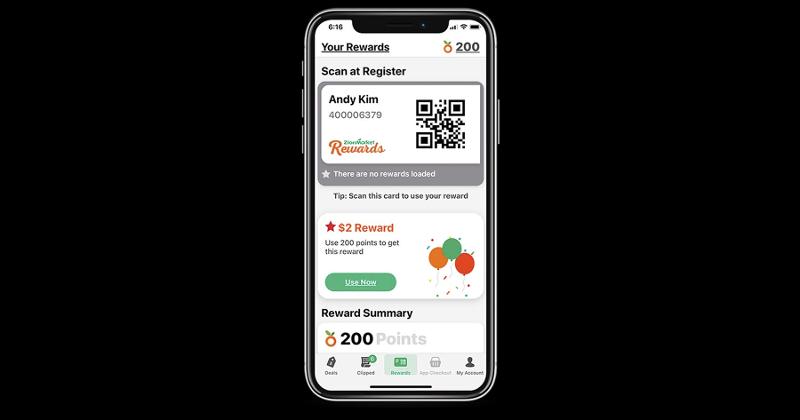 Swiftly, a new technology platform for supermarkets with $15.6 million in backing from leaders in CPG and retail, has come out of stealth mode and is poised for a nationwide rollout.

The Seattle-based company, whose chairman is former Harris Teeter CEO Tad Dickson and whose investors include supermarket magnate Ron Burkle, was co-founded by former members of Symphony Commerce, a commerce-as-a-service provider whose clients included CPG giants such as Pepsi.

Swiftly in a release described itself as an “operating system for brick-and-mortar stores” and said its platform would enable established grocers to compete with online counterparts such as Amazon. Swiftly's app allows shoppers to create lists, scan items as they shop and skip checkout, as well as engage digitally with loyalty programs and place subscription orders for home delivery.

Swiftly is already working with the Asian specialty chain Zion Market at its stores in California and Georgia to:

“We’re blown away by the strong adoption and positive feedback from supermarkets and customers who have embraced our platform. I haven’t seen another supermarket able to achieve this kind of digital engagement,” Dickson said. “With the support of our investors, who are some of the most knowledgeable and experienced executives in the grocery space, we’re confident that Swiftly is poised to create the future of grocery shopping.”

The company said it has raised $15.6 million in seed funding from leaders in the CPG and grocery industries, including Novel Private Equity; Mendacre; Burkle, founder and managing partner of The Yucaipa Cos.; Sam McBride, former chief operating officer of RxBar; the Ward family, former owners of Russell Stover Candies Inc.; and Vivek Garipalli, co-founder of CarePoint Health and co-founder and CEO of Clover Health.

“At Zion Market, we strive to deliver the best and most convenient shopping experience possible to our customers. We have seen amazing increases in same-store sales since we deployed Swiftly’s technology," said Moses Hwang, chief operating officer of Zion Market. “Since integrating Swiftly’s operating system, we’ve seen shoppers visit our stores more frequently and spend more per trip once they’re in the store. Some shoppers have told me they are driving past stores that are closer to them in favor of our Swiftly-enabled store experience because its faster and more convenient.”

Developed in stealth for a year, Swiftly was co-founded by e-commerce veterans Henry Kim, Sean Turner, Karen Ho and Daniel Kim, all of whom were colleagues at Symphony Commerce, which was acquired last year by Quantum Retail Technology.