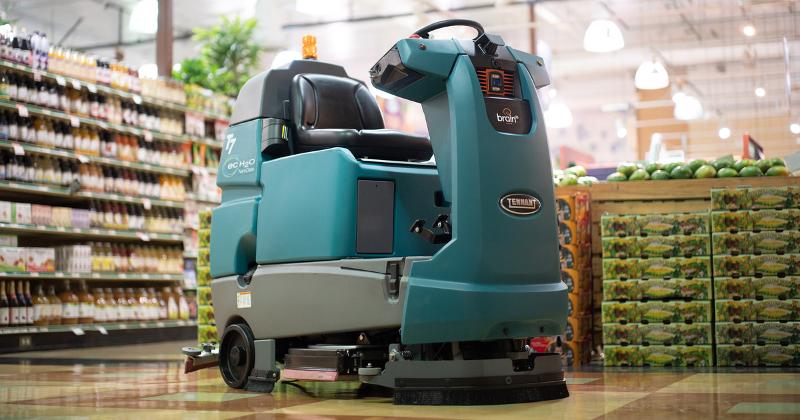 As the coronavirus crisis amplifies attention on both labor efficiency and cleanliness in food retail stores, technologies that can accomplish both—such as self-driving floor scrubbers—are poised for a clean sweep.

“Every indication that we have right now I think is the trajectory for robotics after this goes up rather than stay flat or go down,” Alan Butcher, VP of client services for Brain Corp., a San Diego-based software company, told WGB in a recent interview.

Brain’s technologies use artificial intelligence that enable existing floor scrubbers to operate autonomously. The trend was already gaining traction in the months prior to the crisis, notably through the addition of 1,000 units in Walmart’s U.S. stores. While current operational challenges in grocery—and the shutdown of services businesses such as malls—have tapped the brakes on the pace of new deployments since the outbreak, Butcher said outlets that are already use autonomous scrubbers have “gone through the roof” in recent weeks.

“Just from the response of the people that are already using the robots, they’re saying give me more,” Butcher said. “In the first quarter here, we saw ... a 13% increase in utilization despite the fact that many of our installations, like mall stores, are shut down, but our retail groceries, their use has gone through the roof. So we see them using them more, and they’re asking me to get more units. I think this is an indication for us of the trajectory of the technology. When we come out of this, I think it'll be up. People are saying, ‘I wish I would've had the scrubbers before this happened.’ ”

In the meantime, Brain is seeding additional deployments through a newly announced program to donate the equivalent of $1.6 million in the technology—or about 25 units—to hard-hit service businesses such as stores and hospitals for a free trial run. Butcher said the program was developed as a result of an internal discussion group at the company known as Brain Matters.

“It was to just ideate, you know, asking, ‘What can we do during this time?’ ” Butcher related. “From a company standpoint, we asked, how do we make sure that we maintain our business and we continue to support our customers. And then also from an outreach program, well, what can we do to get support out there? One of the ideas that came out was, look, we’ve got a bunch of scrubbers sitting around here that we use for demonstrations, pilots and engineering studies. What if we make those available to a single business? And so that was the genesis of the idea.”

Butcher said Brain was covering the cost of operating the units, so all that was required of the participating businesses was about two hours to get trained. When WGB spoke to Butcher in late April, he said about half of the units were already spoken for. 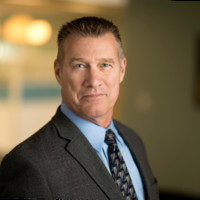 While Brain operates across a variety of industries, grocery stores are its “quintessential application,” Butcher said. “They tend to have fairly large footprints. They tend to scrub for a good amount of time, an hour and a half to three hours a day, and they do that every day. And as I’m sure you’re intimately aware, cleanliness is very important in grocery right now.”

Cost savings associated with not needing to man those units can be a significant source of labor that can be redeployed to other operational areas in need, he added. That’s a consideration now as stores fight to find more workers to meet higher demand and support growing areas of the business such as e-commerce.

Consistent and verifiable cleanliness is another argument in the robot’s favor, Butcher said. The units generate data as they go, so managers “don’t have to guess whether or not the floors are cleaned that night,” he said. They can also generate “heat maps,” showing problem areas. Brain is also piloting tests with other AI-based technologies being used in stores, such as computer vision-aided inventory and security systems, with the lowly scrubber—more specifically, its software “brain”—being a “nexus of communication” for information generated in the store, Butcher said.

Other than that programming—and the noted lack of a driver—Brain’s scrubbers look, act and clean like any other piece of industrial janitorial equipment because that’s what they are, Butcher noted. “We don’t make autonomous scrubbers,” he said. “We make scrubbers autonomous.”