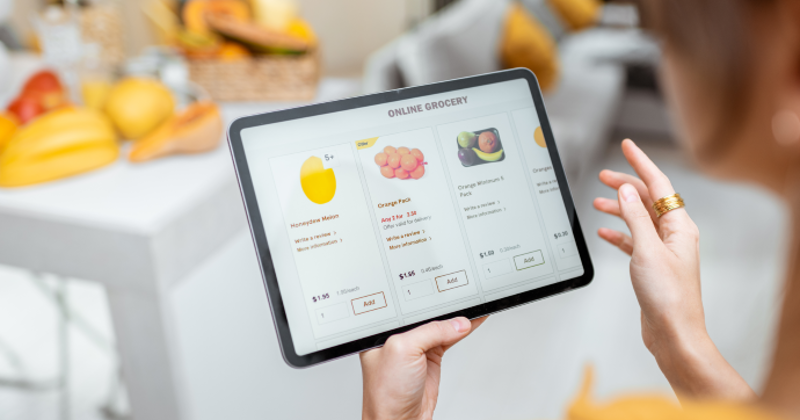 As funding pours in for "instant-delivery" grocery startups and legacy grocers hurry to move into 30-minute delivery, one might wonder: How much speed do consumers today really need—and what's an extra 5 minutes, or 30, or 60 worth to them?

New York-based Coresight Research sought to dig into those questions for a new report, "From Quick Commerce to Instant Needs: Exploring Business Models in Rapid Delivery." One of their top conclusions: Yes, the appetite for ultrafast delivery is there.

"Delivery time is becoming increasingly important in online grocery shopping experiences," Coresight founder and CEO Deborah Weinswig wrote in the report. An October 2021 Coresight survey found that of the nearly half of respondents said they had ordered groceries online in the past year (208 respondents), 48% of those had at some point opted for rapid delivery, which includes same-day, one-hour and 15- or 30- minute services.

But in terms of quick-commerce priorities, delivery speed isn't the top factor for consumers when choosing a rapid grocery delivery service, Coresight's research suggested. In fact, it ranked No. 6—behind low or no delivery fee (61%), price of items (53%), in-stock availability (49%), product quality (45%) and product assortment (43%). With just 40% of respondents citing "fastest delivery" as a most-important factor, only discounts/promotions were less important to consumers in their selection of a rapid grocery delivery provider.

The implication, according to Coresight, is that "shoppers are comfortable with slightly longer delivery times, which typically bring lower costs to the service." Weinswig added: "This relative disinterest suggests that five-minute increments in delivery times are unlikely to be a principal driver of choice among the general population (although we acknowledge that expectations of speed may be higher in large cities such as New York)."

Further, she wrote, "Potential future increases in delivery fees in the near term therefore look problematic—particularly given the competitive environment—suggesting that operators will need to subsidize free or low-cost delivery at least until the market has consolidated and competition has diminished."

The grocery players offering those fast-and-faster services vary widely in their business models, delivery pricing structures and product assortments. At one end are household-name grocers like Cincinnati-based Kroger, which launched its Kroger Delivery Now offering in partnership with Instacart in September; that service for now relies on Kroger's existing network of retail stores and promises delivery within 30 minutes from an assortment of 25,000 items.

At the other end are the likes of Jokr, Buyk and Gorillas—three of New York City's fast-growing instant-delivery services, which use dark-store microwarehouses and a neighborhood-focused delivery model to offer a selection of, according to Coresight, typically 1,000 to 2,000 SKUs to consumers within a 15-minute delivery radius. These vertically integrated players have raked in $5.9 billion in funding to date, Coresight has tallied, with valuations reaching $15 billion for Gopuff and and $7.5 billion for Istanbul-based Getir—which still is yet to launch in the U.S. Somewhere in the middle of the rapid-delivery market are third-party players such as DoorDash, which complemented its market-leading restaurant-delivery service with on-demand grocery delivery in 2020.

Each business model has its advantages and disadvantages in terms of inventory costs, labor and logistics, and data management, and challenges will change as the landscape shifts, Coresight noted. For example, heating-up commercial real-estate markets could put a damper on instant grocers' plans for superfast expansion.

Consolidation in the quick-commerce space is inevitable, not based only on who's able to get access to capital (Gopuff, Coresight reported, saw its valuation jump to $15 billion after a $1 billion fundraiser in July) but also what consumers are actually willing to pay for. And to that last point, the balance between speed and price looks to remain more heavily weighted toward the latter, at least in the near term, than some players may be hoping.

"Longer term, reduced competition in a more concentrated market—and one with a greater proportion of consumers accustomed to quick commerce—suggests that there will be greater opportunities for firms to pass reasonable costs on to customers," Weinswig wrote.

And the lasting impact of quick commerce is likely to expand shifts in market share, she added.

"Widespread consumer use of quick commerce could ultimately result in a partial disaggregation of grocery baskets and other shopping missions—pulling purchases out of larger, more regular shopping trips and into standalone, 'as-needs' purchases," Weinswig wrote. "This would echo multiyear trends that we have seen in other markets, including in Europe in recent years, where expansion of convenience formats propelled a partial fragmentation of the traditional weekly shop into multiple, smaller grocery trips."