As Instacart continues its rapid takeover of grocery e-commerce in the U.S., it has brought on a new chief technology officer to help fight the battle.

Mark Schaaf, previously CTO of online customer-professional connection service Thumbtack, will work to double Instacart's engineering team by the end of 2019, according to an Instacart spokesperson. 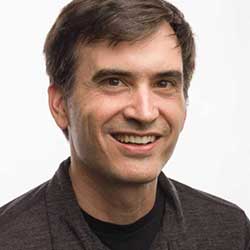 Prior to his position at Thumbtack, which he held for about three years, Schaaf led a team of engineers within Google's mobile display advertising section during a period of high growth for the business. He ended up at Google after his previous company, AdMob, was acquired by the tech giant, where he oversaw the engineering, operations, IT and security organizations.

Schaaf told TechCrunch that while Thumbtack is a more consumer-focused marketplace with local service professionals and consumers, Instacart "gets even more complex."

“It’s a four-sided marketplace, and then you overlay it with logistics," he said. "The goal is to make the physical world better with technology, and to build a tech core that solves a problem in the physical world."

In the meantime, Instacart is currently working on a major expansion with Kroger, with plans to reach an additional 75 of the retailer's markets by late October and also recently partnered with Albertsons to launch its web-exclusive grocery store O Organics Market.