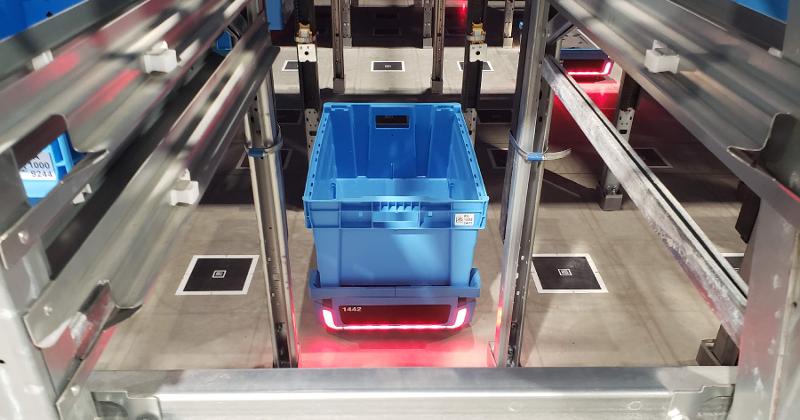 In the wake of a newly published report indicating Instacart has been investigating automation to better execute its offer of e-commerce services to retailers, the company reiterated a now-familiar refrain: We don’t want to be a retailer, just a partner to them.

The San Francisco-based tech company, which has grown to be a force in grocery by connecting retailers and internet shoppers through an army of crowdsourced workers who shop physical stores and deliver on behalf of customers, is exploring a number of potential partners with an eye on developing “dark-store”-style automated fulfillment centers considered considerably faster, more efficient, less disruptive to store environments and less prone to errors than sending independent contractors from their homes to shop grocery stores, according to a report over the weekend in the Financial Times.

The report, based on anonymous sources, said Instacart had been in touch with multiple providers of warehouse technologies seeking to open as many as 50 such warehouses, speaking to players like Fabric and Alert Innovations.

Instacart is hardly alone in its interest in exploring such solutions. Significant retailers are also moving to embrace robotics in service of e-commerce, with Walmart determined to “scale up” a suite of solutions, Kroger in the midst of a multimillion partnership with Ocado, and Ahold Delhaize, Meijer, H-E-B and Albertsons among others testing various solutions. Instacart has also made no secret that its picking method to this point could be more efficient, including a recent move to surrender hundreds of store-based employees to execute shopping in favor of using staffs of partnering retailers.

The report suggests that retailers—which have long eyed Instacart with a degree of caution given its perceived potential to interfere with direct customer relations and compete for advertising attention from branded goods manufacturers and marketers, despite the benefits of it getting thousands of stores into the online business quickly—could harbor similar reluctance to partner with it on picking technologies. That, according to one source cited in the report, is rooted in fear that they might further aid Instacart should it eventually become a retailer itself.

A spokesperson for Instacart, reached this week by WGB, pushed back against that notion, reiterating a stance taken repeatedly by its executives. And while Instacart acknowledged it would explore technologies in service to retail partners, it declined elaborating on additional details in the Financial Times story.

“While we have no updates to share today, we’re constantly evaluating our services in deep partnership with the nearly 600 retailers we work with. Instacart’s entire product and model is predicated on being a chief ally to our retail partners,” the spokesperson said.

“We’re not a retailer and our business is only successful when we’re driving value for our partners. Our goal has always been to lift up grocers and give retailers of all sizes an edge in an increasingly competitive industry. Retailers have always been and will continue to be central to our business, as will our growing shopper community, which will continue to play an important role for Instacart,” the statement continued. “We’re committed to supporting our brick-and-mortar partners and continuing to invest in and explore new tools and technologies that support the needs of their customers and further enable their businesses to grow and scale over the long-term.”

One industry source who spoke to WGB this week and asked not to be identified was largely in agreement with Instacart, saying it was “hyper-committed to their grocery partners” and has no plans to complete with them, “but tons of people love to speculate this.”

The source added that third parties such as Instacart could benefit from more efficient and faster picking solutions promised in warehousing technology but would not surrender in-store shopping entirely. “The ‘long tail’ in grocery—less than 5% of revenue in a store—will continue to benefit from in-store picking/fulfillment from companies like Instacart for a long time,” the source predicted.

The Financial Times report said that at least one of the warehousing technology companies contacted by Instacart, Alert Innovations, has declined to work with Instacart. Another, Fabric, however, has been in talks, although it was unclear whether they would lead to an agreement.