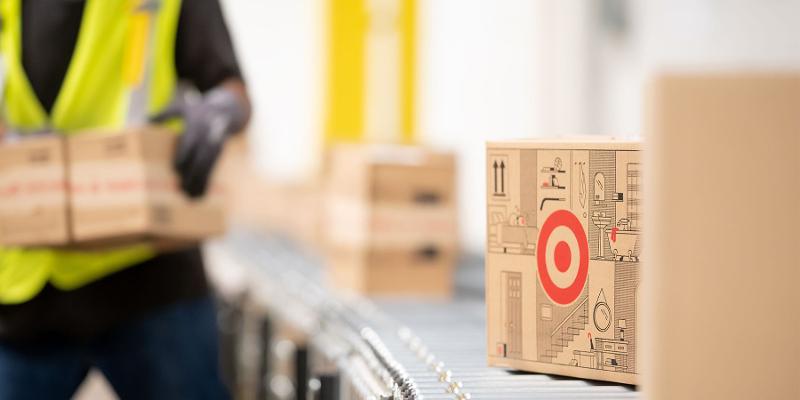 Target Corp. on Monday said it will open three new sortation centers in the next year, two in the greater Chicago area and one in Denver, to bolster its six existing centers around the country.

The retailer also announced it’s starting a pilot program with delivery partner Shipt to use large-capacity delivery vehicles in its hometown of Minneapolis. The vehicles can hold up to eight times more packages per route, making room for larger orders, the company said.

The sortation centers are the next phase of Target’s stores-as-hubs strategy. At the centers, orders packed in local stores get sorted and batched to reduce backroom congestion, the company said.

“We’re not stopping at nine sortation centers,” Target said on its website. “We’ll continue to invest in our network with additional facilities in new markets in the coming years as we remain focused on building a modern, flexible supply chain that supports our stores, all in service of our guests.”

Target first tested the sortation center model in Minneapolis in 2020, before announcing last August that it would open two centers in Texas, one in Philadelphia and one in Georgia.

Moving order sorting out of Target’s retail stores appears to be necessary for the retailer, which has nearly 2,000 U.S. locations. The company’s digital sales exploded during the pandemic, growing nearly $13 billion from 2019 to 2021, the retailer said.

Ninety-five percent of those online orders are fulfilled by local Target stores, the company said, which makes the sortation centers necessary as they keep store backrooms free from the packaging and sorting process.

“Sortation centers take on the sorting process, saving our store teams time and space so they can fulfill more orders and reach guests faster at a lower delivery cost for us,” Target said. “Plus, sortation centers allow our teams to easily scale to fulfill a growing number of orders, and consolidating orders and batching deliveries add ease for our carriers.

The original Minneapolis sortation center now handles nearly two-thirds of all of Target’s digital orders in the area, the company said, with packages picked up twice a day at the retailer’s 43 Twin Cities locations and sorted for later pickup by delivery drivers.

Target’s six sortation centers handled 4.5 million packages during the first quarter, “a number that’s expected to grow significantly throughout the year,” COO John Mulligan told analysts during an earnings call in May, according to financial services firm Sentieo.