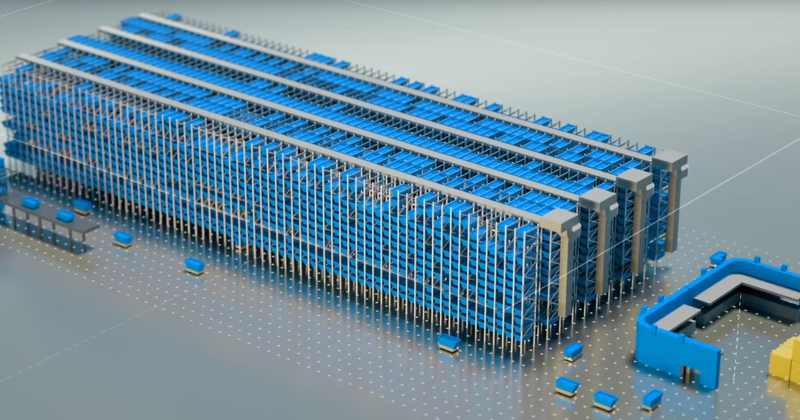 Fabric, the newly rebranded robotic fulfillment company, has raised $110 million to support an ongoing expansion of its micro-fulfillment technologies to the U.S.

The company, founded in Tel Aviv, Israel, as Commonsense Robotics with U.S. headquarters in New York, said the new funding would help it rapidly expand across the U.S. in 2020 in partnership with brands and retailers. Fabric is pursuing both a network model offering fulfillment as a service and a platform model that enables grocery retailers to build and operate a private network of sites on their own real estate, officials said.

“The demand from the market for a location-first approach to automation is just staggering. Now, with this latest round of funding, Fabric is poised to enter a new stage of hypergrowth,” said Fabric Chief Commercial Officer Steve Hornyak, who joined the company earlier this year. “We currently have 14 sites under contract and are rapidly expanding our U.S. presence with plans to launch micro-fulfillment centers in several cities across the U.S. in 2020. The first site in the New York City area is already under construction and will be online in Q1 2020. Our flexible platform and deployment models empower businesses to get closer to their customers while maintaining profitability in whatever way works best for them.”

Fabric’s ambitions for U.S. expansion will bring new options for retailers exploring micro-fulfillment as a means to efficiently meet growing demand for grocery e-commerce and competition for other combatants in the space, including Takeoff Technologies, Alert Innovations, Dematic and AutoStore. Takeoff last month announced it raised $25 million in new funding. AutoStore, a Norwegian company with U.S. headquarters in Derry, N.H., is pursuing a variety of micro-fulfillment solutions, sources said.

“Our production-proven micro-fulfillment platform is fundamentally changing the face of retail,” Elram Goren, co-founder and CEO of Fabric, said in a release. “Driven by our world-class proprietary technology, we are designing and building an entirely new logistics infrastructure in cities so that on-demand fulfillment and delivery can happen faster, cheaper and at scale. Whether it’s enabling retailers to profitably fulfill one-hour deliveries or helping businesses restock their storefronts more efficiently, we aim to be the solution that empowers businesses to better serve their customers.”

“Fabric is the micro-fulfillment market leader with a production-proven platform that drives tremendous value for its retail partners and consumers alike,” said John Cadeddu, managing partner with Corner Ventures. “We are delighted to be partnering with the Fabric team in their incredible vision to reinvent how goods are fulfilled and delivered in this on-demand world, ultimately empowering retailers to provide faster deliveries at lower costs and at scale.”