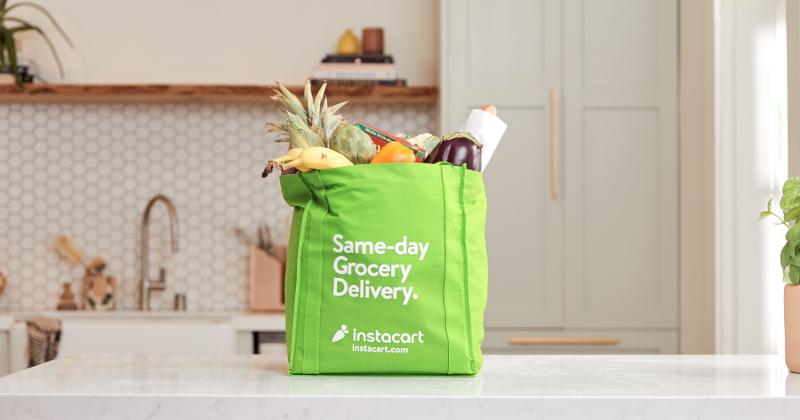 A new $265 million round of funding announced March 2 by Instacart will support a big increase in its corporate headcount and its leadership in the fast-growing grocery e-commerce field, while valuing the platform at $39 billion—a figure greater than the market capitalizations of Kroger and Albertsons combined.

“Today’s fundraising reflects the strength of Instacart’s business, the growth our teams have delivered and the incredible opportunity ahead,” Nick Giovanni, chief financial officer for Instacart, said in a statement. “This past year ushered in a new normal, changing the way people shop for groceries and goods. While grocery is the world's largest retail category with annual spend of $1.3 trillion in North America alone, it’s still in the early stages of its digital transformation. As online grocery penetration increases over the coming years, we’ll continue to invest in our people, products and partners to support all of the communities we serve.”

Instacart said the funding would support a 50% increase in corporate headcount expected this year, as well as further investments into its existing Marketplace, Advertising and Enterprise businesses.

The investors positioned their support as acknowledgement that the San Francisco tech company—which now works with nearly 600 national, regional and local retailers offering delivery and pickup services from more than 45,000 stores—had “unlocked” the operational challenges of online grocery, met the challenge of the surge in online orders that came with pandemic, and still has much room to grow.

“The Instacart team unlocked one of the most operationally complex industries and brought it online to the benefit of the entire grocery ecosystem. As a longtime investor, we’ve been incredibly impressed by the team's resilience and how they met the moment of 2020,” said Jeff Jordan, managing partner with Andreessen Horowitz. “We believe this is just the beginning for online grocery, and Instacart is well-positioned to continue to lead in this emerging space.”

The $39 billion valuation suggested by the new investments is larger than the current market capitalization figures of the largest U.S. supermarkets, such as Kroger ($25 billion), Albertsons ($7.7 billion) or Ahold Delhaize ($29 billion), all of which have seen e-commerce volumes rise with Instacart’s help while simultaneously developing their own platforms and solutions. Instacart is expected to ride this momentum into a public stock offering.

“We were impressed with Instacart’s ability to meet surging demand in 2020 and are excited to further invest,” said Dan Sundheim, founder of D1 Capital Partners. “We remain bullish about the future of the online grocery space and believe the opportunity in front of Instacart is significant, particularly as the company scales its Instacart Advertising and Instacart Enterprise offerings to help serve its grocery partners.”