The retail point-of-sale platform previously known as PCMS has rebranded as Flooid, providing what the company said was a flexible and resilient software platform delivering customer engagement across multichannel, multivertical operations.

The company, with U.S. headquarters in Cincinnati, said the new name, logo and brand visuals “reflect a modern, fluid way of shopping, as well as the ability of retailers to embrace no limits innovation using Flooid’s technology.”

The name change follows a management-led buyout of PCMS in 2017 and subsequent transformation. The company separately announced that Didier Bench has been appointed its new chairman, succeeding Tom Burnet, who had been chairman since 2017. 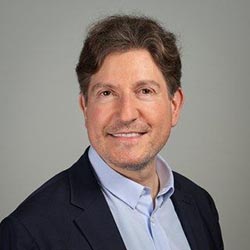 “Flooid’s basket microservices deliver deep, resilient basket functionality across any sales channel, from POS to mobile, and across all retail verticals," Flooid Chief Digital Officer Tanya Bowen said in a release. “The basket can be either cloud-based for elastic scalability or distributed to run on fixed devices such as fixed POS registers—crucial for high-volume and high-scale store environments.”

Flooid said its new chairman has more than 30 years of leadership experience in the international software and technology industry. His key responsibilities have included chairman roles at Lumesse, Acision and Deezer. Bench is a former chairman and CEO of Cartesis and iMediation. In addition to Flooid, he is currently chairman of the AtCore Group and member of the board of NoteMachine.