“The whole world is moving toward being autonomous,” said Steve Gu, CEO and co-founder of AiFi, the Santa Clarita, Calif.-based company that said it is developing the world’s most advanced store automation system, providing checkout- and/or check-in-free shops and other inventory, shrink and data benefits of computer vision and artificial intelligence. 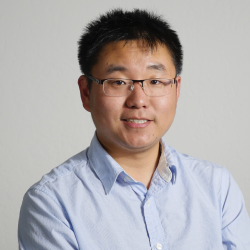 In an interview with WGB last month, excerpted below, Gu discusses the company’s intentions to lead the race, going from about 10 deployments of trailer-sized “NanoStores” today to as many as 330 by the end of 2021. These units—between 800 square feet and as large as 10,000 square feet—will use the operating system powering the NanoStore, known as OASIS, in new and retrofitted stores, including some among leading U.S. grocery players.

Jon Springer: I happened to have seen one of your autonomous NanoStores shortly before it was revealed last year in the Netherlands. It was under wraps at the Ahold Delhaize headquarters. You’ve come even further since then.

Steve Gu: Last year, we launched 10 autonomous stores. The one you saw at [Ahold Delhaize’s] Albert Heijn was just one of them, and its now at the Schiphol Airport [in Amsterdam]. After that we also launched with Carrefour, one of the largest retailers in Europe, and that unit is in Paris. We are also working with [Polish convenience chain] Zabka and did a very successful pilot with them. In the states, we are working with Loop Neighborhood Market, a convenience and gas chain in Northern California. We went from one NanoStore with them earlier this year, and we’re working on multiple stores down the line.

We also are working with some of the largest retailers in the States, in Texas and in other states, but we can’t disclose the names yet. But we have very successful pilots with them and are in discussions to roll out to more stores.

In some sense, the COVID-19 global pandemic is also accelerating technology. We actually saw more interest because retailers are realizing the benefits of contactless shopping, where it’s safe for the employees and also for the customers. So this is why it’s the time for us to step up to planning for the next wave.

In these partnerships, the retailers would supply the branding and the inventory and you guys kind of run the show. Is that the right way to think about that?

We think of ourselves as ultimately building a platform for retailers. We are not retailers, we are technologists by heart.

So we are putting the cameras, the sensors, the cables, the GPUs (graphic processing units), basically all the infrastructure to retrofit stores or brand-new stores to enable the autonomous experience.

We have an AiFi app and an API that allows me to connect to your payment systems.

Ahold Delhaize said a NanoStore could take the brand to places their supermarkets can’t go, like an airport or a construction site.

The NanoStore is about 200 square feet, it’s modular and prefabricated. They can move different places. So the one we launched last year was in the Schiphol Airport. We also have some in gas stations and in apartment buildings. They can also be used for rural areas, places where traditionally it was very hard to put up a shop, hospitals, fairgrounds, universities.

OASIS is our other main piece. OASIS stands for Orchestrated Autonomous Store Infrastructure and Services. It’s the operating system that is powering the NanoStore, but it’s not bound to any physical store, so it can run for express stores or convenience stores or even supermarkets and neighborhood markets. So the majority of our customers are actually working with us on deploying our platform into their existing or new stores.

What should a retailer that wants to get into this field know? What do they need to do in order to sort of get this to be a part of their offering?

There’s definitely an education process and support for the shoppers. For shoppers, the experience is using a cellphone app and a credit or debit card, or a swipe or tap system for payment. Which means that retailers need to think about payment on a digital platform. Many retailers are already into a digital transformation strategy; that’s why they are looking into this space.

Also, it’s not just about payment but about smart inventory management. So they need real-time inventory information; they need to know which items are in-stock and out-of-stock. They are also looking at shrink reduction. So it’s a new way stocking the shelves, and in doing so, we are also monitoring very closely, and making sure that shrink is kept a minimal point.

The NanoStore is basically an unmanned unit, but there are different possibilities with OASIS. The OASIS platform is actually very flexible and modular. So it allows the retailers to be able to customize the shopping journey. Some may want a checkout-free experience, others have chosen a check-in-free experience.

Looking at the big picture, what’s the opportunity for this kind of store?

If you’re talking about the NanoStore, a book written by two professors at MIT say it’s 50 million. That’s mostly just mom and pop shops, and micro stores on the street corners.

If you look at express stores, c-store gas combos, and convenience just in the U.S., there are over 157,000. There are also areas that are food deserts; places that should have food stores but don’t.

I think that the total market size is huge. Retail in general accounts for almost one-third of the world economy, the majority of which still happens in the offline world.

That’s a great opportunity, but it also seems like there is plenty of competition developing. How should our readers think of the difference between a store like yours, and some of the other things that we’ve read about. Amazon is licensing it’s Go technology, for example, and there are many others in the space as well.

Amazon is one of the pioneers in this space, and we’re basically developing this other solution in parallel. But if you look at Amazon, they obviously are launching this first batch of stores owned and operated by Amazon and they are very expensive. If you look at the sheer cost associated with building such stores, it’s quite staggering. I don’t think that average retailer would be able to afford that kind of solution. Not to mention, you are also competing with Amazon.

There are also several competitors too. It’s like self-driving cars, there are a dozen or more doing their own thing. Automated stores are also a young field that has a lot of potential. So ultimately it boils down to comparing the cost of the solution, the accuracy, the deployment cost. Different companies have different offerings. Some of them are more advanced and some of them are still in the inception stage. Our advantage is, we have almost a dozen automated stores today and so we represent the most experience.

We have also been able to make some tech breakthroughs that have reduced the cap-ex dramatically and made it more affordable. From what I’ve read the Amazon store costs about $160 per square foot. Our solution is much more affordable in comparison.

What Walmart Will and Won't Do to Encourage COVID-19 Vaccinations