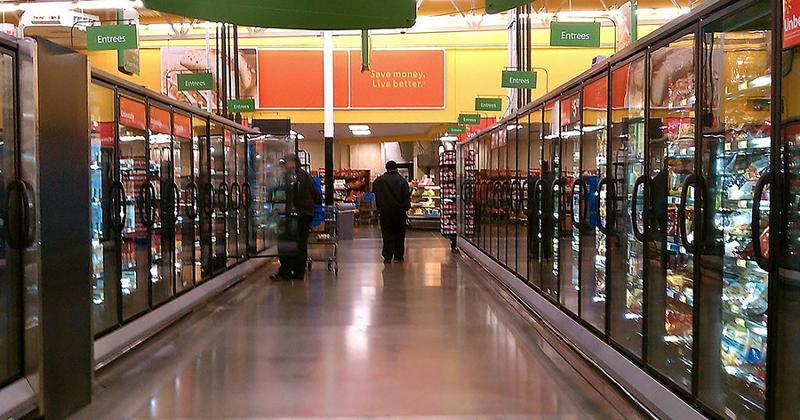 James Bell is president and CEO of Viking Cold Solutions, a Houston-based company that provides thermal energy management technologies for supermarkets and cold-storage facilities. He spoke recently with Winsight Grocery Business about how digitization and the smarter use of Big Data can propel a new, more-efficient, more-flexible era of grocery retail post-pandemic.

Christine LaFave Grace: For grocery stores, how has the COVID-19 pandemic changed how they think about and manage cold storage?

James Bell: The primary thing we saw was the entire industry have to deal with the overwhelming demands that were put on it when all the restaurants shut down and everybody went to stock up on particularly frozen foods, refrigerated items, any type of food they could get. That put a huge strain on the system. Visibility became increasingly important, as did the trend toward digitization and actionable intelligence, having the data that [retailers] needed to make decisions.

The massive shift to online shopping required [rethinking] the cold chain in particular because refrigerated and frozen goods weren’t going into stores as much. If they did end up in stores, they were picked up immediately.

Everyone who wasn’t digital had to become digital so people could do online shopping. And the methodologies [for consumers] of acquiring groceries, whether you’re pulling up and having them put in your car or having them delivered, all of those had to be kind of invented all of a sudden. So [stores] had to move around where they had freezers and where they had capacity. Some of it had to come front-of-store so that frozen food and refrigerated food could be up front for pickup. Those are new developments that were pretty much pandemic-driven.

When we look at these pandemic-accelerated changes in store design and store layouts, moves toward microfulfillment, retailers’ trials of self-service  technologies for obtaining groceries, how will retailers’ ability to acquire and use data about these things they’re piloting help determine winners and losers?

I think everybody’s going to be in sort of a discovery phase. If you go to the grocery store now, they’re as busy as they’ve ever been, in a lot of ways. I think everyone’s going to be trying to respond to the changing requirements of the customer, their use patterns—there’s going to have to be a lot more flexibility.

The acceleration of digitization that comes with smaller sensors, as well as more ability to use big data to make good decisions, supports that. Walmart’s been doing it for a long time; Amazon obviously does it. Everybody kind of does their data thing now, but as there’s more [data], you can react that much more quickly and be more responsive to the end consumer.

There are lot of ways you can use digital capabilities to improve the customer experience, and then profitability, and sustainability. About a third of all food is wasted from farm to fork. And that number can be dramatically reduced if we can identify the places that it’s lost.

The traceability portion of it is really interesting, because there used to be ... various levels of traceability, but now that you truly can have tracking all the way through the cold chain and the food chain is really interesting to us. We see that kind of accelerating and making people much smarter about what they’re consuming and where it came from, how efficiently it was procured and stored, and the more kind of just-in-time ways things can be, in some ways.

Someone at home who’s clicking and then the picking ends up happening [at a store or fulfillment center]—if you take that to the next level, you can have a lot more of that driven up the value stream, into the farms and into the processing centers so there’s not waste happening where they overproduce something.

When we think about sustainability having taken a back seat to emergency response in 2020, what drives it back to the fore in 2021 and beyond?

If you don’t have an ESG (environmental, social and governance) orientation these days, you’re a dinosaur.

Everyone from the end consumers to institutional investors to the companies themselves are really driving the sustainability train, and going up and down the supply chain. If you look at Walmart—Walmart in particular looks at several different levels of emissions and several different waste areas. They have the power to push into their supply chain and say, “You guys are going to make improvements, or you’re not going to work with us.”

What makes sustainability a “need to have” vs. a “nice to have” for a retailer? Are there sustainability-supporting technologies or practices that are more within reach than retailers believe?

This is one of the things we struggle with. They’re so focused on their core businesses, rightfully so. The sustainability piece, while it’s given a lot of lip service, is almost always tertiary to core competencies and second, ROI. As much as they say, “We want to be green,” they haven’t reset their minds around the fact that this truly needs to be considered a core part of your business.

You can have sustainability along with a return on investment. This isn’t a green place where you just throw dollars. It’s someplace where if you reduce the amount of electricity you use, then you’re going to get a return, and by the way, the food’s going to be better.

If we’re all pursuing a less carbon-intensive future, then we’re all going to have to do our part. Where some of these industries might have flown under the radar, with people not paying attention to how energy-intensive grocery is, or distribution or food manufacturing, now it makes more sense than ever, being more efficient and being able to store energy and use energy when it’s needed.