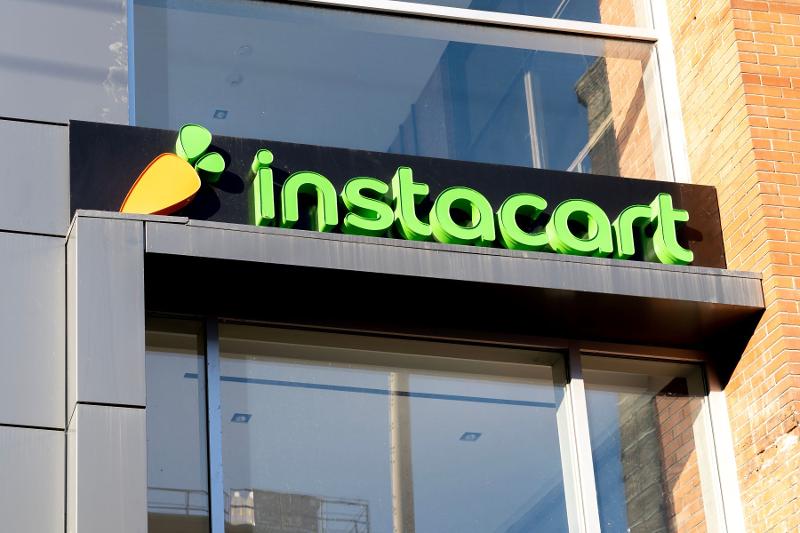 Same-day delivery platform Instacart, which had reportedly been planning to go public by the end of the year, appears to be shelving those plans

Instacart CEO Fidji Simo, in a letter to employees Thursday that was viewed by the Wall Street Journal, said an initial public offering for the company in 2022 was “highly unlikely.”

“The markets still remain closed for new IPOs, which is why there has not been a tech IPO in the last 10 months,” Simo wrote, according to the WSJ. “We do not need a perfect market, we’re just looking for an open market window.”

Simo added that turbulent market conditions have created the longest drought for tech IPOs in a quarter century.

Instacart, in a statement to WGB early Friday, declined to comment on its immediate IPO plans, but said its business performance remains robust.

“We are incredibly proud of the work our teams are doing to power the future of grocery with our retail partners, and our business has never been stronger," Instacart said. "In Q3, our revenue grew more than 40% year over year, and our net income and adjusted EBITDA more than doubled from Q2. We remain focused on building for the long-term, and we are excited about the opportunity ahead."

In May, Instacart confidentially submitted initial paperwork to the Securities and Exchange Commission to take the first steps toward going public.

Instacart planned to officially start its IPO process this week, with the public disclosure of financial information, but the company put the brakes on those plans because of the tumultuous market, The New York Times reported Thursday, citing several anonymous sources familiar with the situation.

Yet, Instacart has not withdrawn its earlier IPO paperwork.

San Francisco-based Instacart was founded in 2012 but saw soaring demand for its delivery service in the pandemic’s early days when many shoppers were afraid to enter grocery stores.

Since then, Instacart has acquired several smaller tech companies and has added new features to its platform to try to boost sales both online and in stores.

Over the course of this year, Instacart has slashed its valuation by more than 67%, according to newspaper reports citing those familiar with the company’s finances.

The company reportedly had an internal valuation of $40 billion in March, which it cut to $24 billion. Last week, Instacart slashed that figure to $13 billion, according to The New York Times.

Instacart also faces a potential threat to its business model.

Earlier this month, the U.S. Department of Labor unveiled a proposal that could reclassify many independent contractors, which are relied upon by grocery delivery companies like Instacart, DoorDash and Uber Eats, as employees.

Instacart agreed this month to pay $45.6 million to the city of San Diego to settle a gig worker case that quested whether the delivery platforms workers are independent contractors or employees under California law.

Update: This story has been updated with a comment from Instacart.